An Atheist and a Christian Discuss Whether Religion Leads to Violence December 6, 2016 Hemant Mehta

An Atheist and a Christian Discuss Whether Religion Leads to Violence

It’s not often you see a working collaboration between a Christian theologian and an atheist, but Randal Rauser and Justin Schieber have found a way to make it work in their new book An Atheist and a Christian Walk into a Bar: Talking about God, the Universe, and Everything (Prometheus Books, 2016).

It’s an informal debate on faith, morality, and the universe. 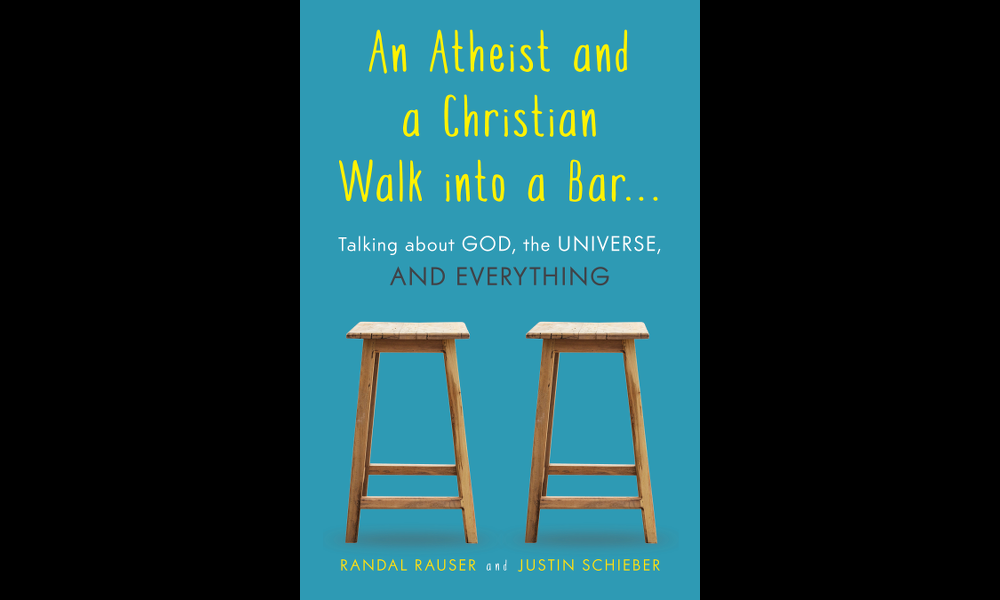 In the excerpt below, the two debate whether religion leads to violence:

Randal: Sorry, but I need to interject.

Justin: See what I mean? You’ve just inflicted a profound act of religious violence on my word flow, zealot!

Randal: Yeah, I apologize for my fanatical barbarism. But I still need to challenge the assumption that religious disagreements often, as you put it, “lead to profound acts of violence between individuals and populations.” That’s a popular idea in the skeptic and new atheist literature, but I don’t believe it is accurate.

Justin: Well, you’ll have to forgive me for raising a particularly skeptical brow here. What you’ve just said seems like a claim more easily asserted than supported. What is your thought process here?

Randal: Not going to accept my testimony, eh? Well, I’ll see your skeptical eyebrow and raise you a double brow of quizzical incredulity.

Nothing captures the perceived link between religion and violence more starkly than 9/11, a horrific terrorist act in which the terrorists all held to a form of radical Islam. This event was so shocking that it provided the catalyst for new atheists like Sam Harris to take up their rhetorical arms against the religious foe.

So let’s consider the phenomenon of suicide terrorism, a type of act that constitutes for many the purest and most disturbing expression of the link between violence and religious dogma. In his 2005 book Dying to Win: The Strategic Logic of Suicide Terrorism, political scientist Robert Pape investigates every act of suicide terrorism from 1980 to 2003. And Pape concludes, “The data show that there is little connection between suicide terrorism and Islamic fundamentalism, or any one of the world’s religions. In fact, the leading instigators of suicide attacks are the Tamil Tigers in Sri Lanka, a Marxist-Leninist group whose members are from Hindu families but who are adamantly opposed to religion.”

Randal: Right. And it invites the obvious question: if most suicide terrorists are not driven by religion, then what is it that motivates them? Pape observes that almost all acts of suicide terrorism are motivated by a geopolitical goal, namely “to compel modern democracies to withdraw military forces from territory that the terrorists consider to be their homeland.”3 While Pape recognizes that religion may serve as one tool of this nationalistic drive to expel the foreigner, it is “rarely the root cause.”

Justin: Well, okay, but it’s certainly no secret that violence is a much broader category than the particularly modern form caused by suicide terrorism. Just because religious disagreement may not be the primary cause or rationale for one form of particularly modern violence, that alone does not render false the claim that religious disagreements can and do often lead or contribute to violence between individuals and populations.

Randal: Fair enough. However, I would add that the type of violence represented by contemporary suicide terrorists has ancient antecedents. Consider, for example, the story of Samson’s suicide in Judges 16:23–30 in which he destroys a temple filled with civilians.

Justin: Fair point. I should also say that my claim is perfectly compatible with the related and obviously true claim that there are other factors (nationalistic, political, etc.) that can and often do contribute to violence in important ways. But let me be clear in that I certainly agree with you that, in general, claims tying religion to violence are particularly susceptible to exaggeration and oversimplification from persons with an axe to grind against religion, but I don’t believe I’ve made that mistake here.

Randal: At the very least, I’d advise caution against simply labelling a particular instance of violence as religious to the exclusion of a myriad of geopolitical, cultural, social, and economic factors. On this point, the new atheists have cast a lot of heat, if not a lot of light, with their grossly reductive analysis of events like 9/11 as being generated solely or primarily by religion. Generally there is a multiplicity of factors that lead people to participate in this kind of violence.

Having said that, might I add that the same goes when religious folk try to draw simple associations between atheism or secularism and some negative social effects. Either way, axe grinding fits rather poorly with generous and nuanced dialogue!

Justin: Amen to that, you violent word-flow-interrupting extremist.

But perhaps that’s enough cheering for now. Where were we?

An Atheist and a Christian Walk into a Bar is now available on Amazon.

December 6, 2016
Should It Matter That HGTV Reality Show Hosts Belong To a Church That Opposes Marriage Equality?
Next Post 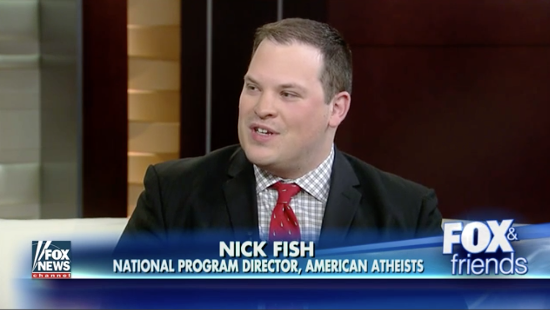 December 7, 2016 A Fox News Host Invited an Atheist to Church As He Promoted His Group's Latest Billboards
Browse Our Archives
What Are Your Thoughts?leave a comment