North Carolina Governor Pat McCrory, the Republican whose anti-LGBT legislation turned his state into a national symbol for bigotry, has finally conceded his re-election bid to opponent Roy Cooper. It’s a bit of good news in an otherwise disastrous election cycle. 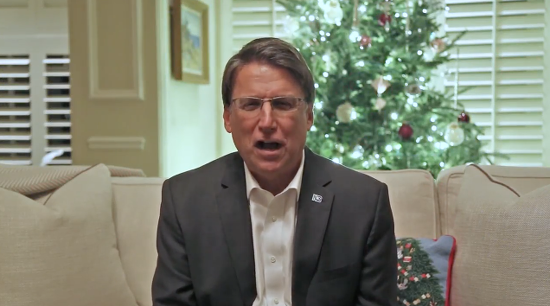 Earlier this year, McCrory signed into law House Bill 2, which overturned and banned LGBT non-discrimination protections in several cities and barred transgender people from using affirming bathrooms. That set off a chain of events that led to the NBA moving the 2017 All-Star Game out of the state, followed soon by the NCAA pulling seven championship events — including the opening rounds of the Men’s Basketball tournament — to other locations. Bruce Springsteen canceled a concert while PayPal also moved business elsewhere. It was a hit to the state’s economy and did little to improve its reputation.

Perhaps, with the concession, the state will once again start caring about all citizens instead of just the conservative Christian ones. Vox’s German Lopez points out that this loss may send a signal to other Republicans that taking on this “culture war” battle against LGBT people isn’t just bad on a moral level, but also makes for bad politics.

… for governors looking to keep jobs in their state and get reelected, it’s going to be really hard to ignore the backlash against both McCrory and [former Indiana Governor Mike] Pence.

Keep in mind that Pence will have a lot of power in the White House, and all signs point to Donald Trump appointing Supreme Court justices and Cabinet members who oppose LGBT rights. Given the nationwide response to bigots on this issue, the controversy is bound to get more heated in years to come, no matter how much Trump claims to love gay people.