James Randi: Donald Trump “Doesn’t Know Anything” and Is Just a “Blowhard With a Bad Wig” December 5, 2016 Hemant Mehta

James Randi: Donald Trump “Doesn’t Know Anything” and Is Just a “Blowhard With a Bad Wig”

Magician and atheist James Randi said Saturday that he is “depressed” over the results of the recent election, saying President-elect Donald Trump “doesn’t know anything.”

Randi, who is well-known for his criticisms of religion and supernatural fraudsters of all stripes, told me during a Skype interview that Trump is “a blowhard with a bad wig.” 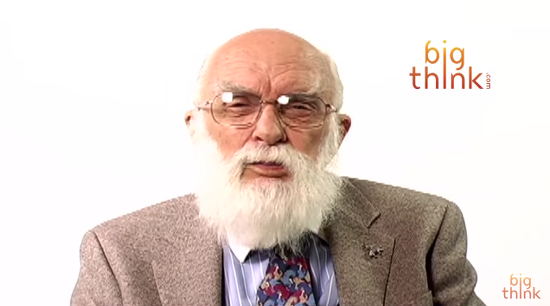 “I’m rather depressed over the whole thing. Trump doesn’t know anything. He’s a blowhard with a bad wig, and that’s it.”

Randi also criticized Trump’s decision to speak with the leader of Taiwan by phone. Many diplomacy experts say that decision could threaten relations with China.

“Doesn’t he have anybody to advise him? And, if he does have someone to advise him, does he listen to anything that they say?”

Randi went on to say that Trump does fine when reading from a teleprompter, but that he often looks away from the screen and “starts into some nonsense.”

Randi, who is 88 years old and currently working on his eleventh (and perhaps final) book, said the election has inspired him to speak out more in the political realm.

“I feel that I really have to give something — I have to get active in the field.”

I think we could all take a lesson from Randi and get active in politics! There has never been a better time to bring science and reason to legislation, and anyone can get involved.

December 5, 2016
Christian Homeschooling Advocate: "The Only Reason Math Works Is That Jesus Created It"
Next Post

December 5, 2016 A Possible Science Advisor to Donald Trump Called Noah's Ark Theme Park "Amazing"
Browse Our Archives
What Are Your Thoughts?leave a comment