Judge to Divorced Jewish Dad: You Were Wrong to Go to a Museum and Expose Your Child to Evolution December 4, 2016 Hemant Mehta

Judge to Divorced Jewish Dad: You Were Wrong to Go to a Museum and Expose Your Child to Evolution

A divorced couple from west London, who are sharing custody of their children, got into a huge fight after the father exposed his kids to reality. 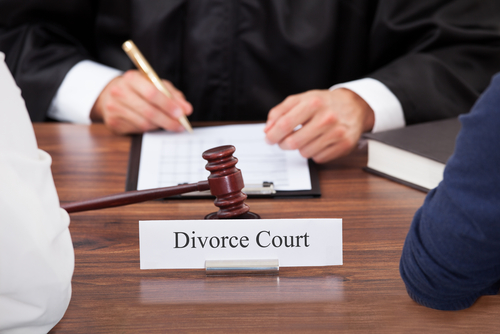 According to a judgment handed down last year, but made public only now, the couple had been members of the ultra-Orthodox Jewish Satmar sect, a group that shuns all aspects of modern life. That was the basis for their disagreements. The mother wanted the father (who is still an observant Jew but not quite that extreme anymore) to give her kids the “full Satmar experience” when they were with him. She argued that he was violating that agreement by, among other things, taking them to a museum where they might learn about evolution. (The father denied that he was doing that.)

Even worse? The judge agreed that the father overstepped his boundaries by going there:

… given the Satmar approach to that theory [of evolution], it seems to me to have been unwise of the father to take the children to a Museum which exhibits pictures which appear — or may be taken — to depict extracts from that very theory. In his closing submissions the father says “I do not accept that showing them children’s story books or pictures on the wall, with pictures of monkeys with human faces or standing upright is teaching evolution”. That is a naïve statement: such pictures are likely to represent the evolution theory and they are likely to prompt these bright young children to ask questions which, if answered honestly, would involve some explanation of that theory. This assertion of the father does not demonstrate his full acceptance of the principle that these children should only be exposed to experiences in his world at a slow and sensitive pace.

The judge also chastised the father for telling his five-year-old son that “babies grow in the mother’s tummy” and “mothers and fathers go to bed together.” Because that’s practically teaching the child about sex, something the father had no right to do.

He was also accused of combing his child’s curly hair on the Sabbath and letting the kids watch TV, both of which the Jewish sect forbids.

Back to the evolution argument, though, the British Humanist Association is shocked that a judge would say the father did anything wrong:

Commenting on the judgment, BHA Campaigns Manager Richy Thompson said, ‘That a judge could criticise a father for seeking to educate his children in line with the established scientific consensus, information they would have received had they attended any state school in the country, and then defend the attempts of their mother and their school to withhold such information from them, is appalling.

‘Whilst on the face of it this seems to be an issue between mother and father, it speaks to a far wider problem. It remains the case that incidents like this simply wouldn’t arise if private schools were held to the same standards as state-funded schools, obliged to teach a broad and balanced curriculum that prepares children for life in the modern world, and barred from promoting pseudoscience and creationism. This father and his children were failed by the education system and now they’ve been failed by the legal system, and we will be working to ensure that reforms are introduced to ensure these kinds of situations are to be avoided in the future.’

It’s understood that divorced parents shouldn’t speak ill of each other in front of the children. But it makes absolutely no sense to punish a parent for educating his child, even if his ex is against it (for religious reasons or otherwise). Sheltering kids to the point that teaching them science is considered a problem is tantamount to child abuse, and it’s absurd that any judge would find that acceptable.

December 4, 2016
Donald Trump's Secretary of Education Pick Said the Goal of Reform Was to "Advance God's Kingdom"
Next Post