Fox is Developing a TV Show Starring the Liberal Redneck

Here’s some exciting news: Trae Crowder, a.k.a. the Liberal Redneck, just signed a deal to develop a TV show for Fox: 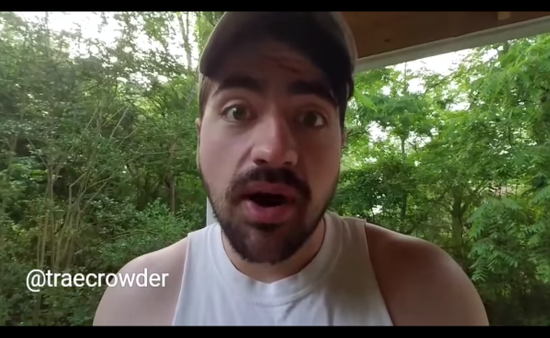 The comedy will be written by Crowder and John Enbom, who co-created the cult Starz comedy series Party Down with Thomas, Dan Etheridge and Paul Rudd. In the Fox show, worlds collide when Trae, based on Crowder’s Liberal Redneck character, returns to his conservative Tennessee hometown to start a job at an energy research facility with his California-born wife in tow.

Will his comedy translate to a sitcom? I’m not sure. But I’m glad his voice is getting a megaphone.

And don’t let the fact that this is Fox rub you the wrong way. The entertainment division is responsible for Family Guy, the Cosmos reboot, and all sorts of other shows you’d never expect the Fox News division to champion. Same parent company, but very different perspectives.

December 2, 2016 Please Support the Work I Do Through This Site
Browse Our Archives
What Are Your Thoughts?leave a comment