Satanic activist and general provocateur Chaz Stevens gained notoriety a few years ago when he successfully got a Festivus pole (made of Pabst Blue Ribbon cans) installed in the Florida State Capitol building. Last year, he erected a new rainbow-colored pole honoring gay pride installed outside the Oklahoma State Capitol.

What’s he doing this year?

He just installed a “Distress-ivus Pole, the Orange Hindenburg Edition” — referring, of course, to President-elect Donald Trump — outside of Deerfield Beach, Florida, right next to a Nativity scene also on the property. 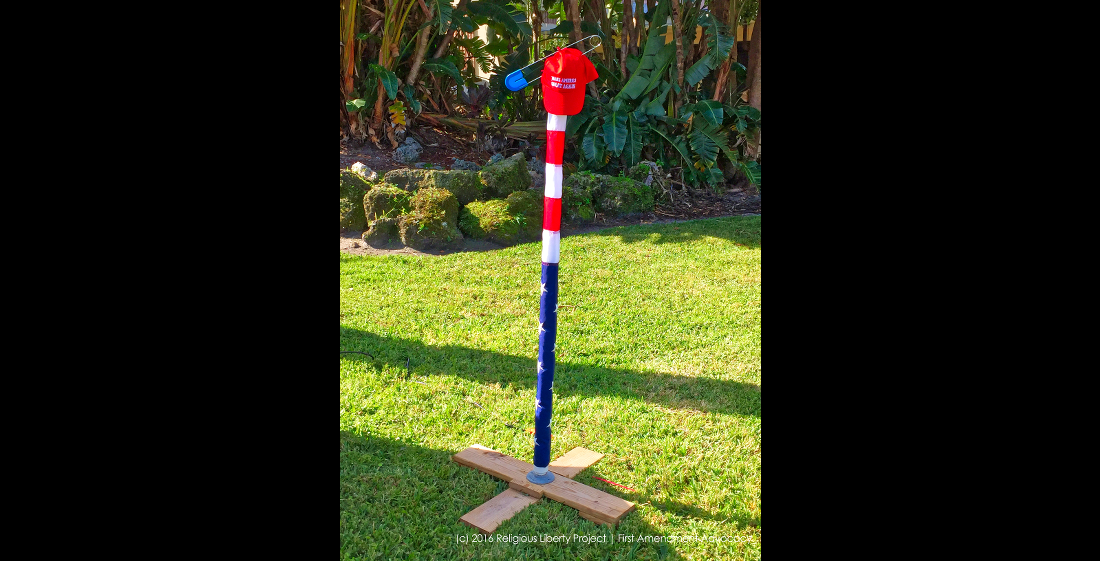 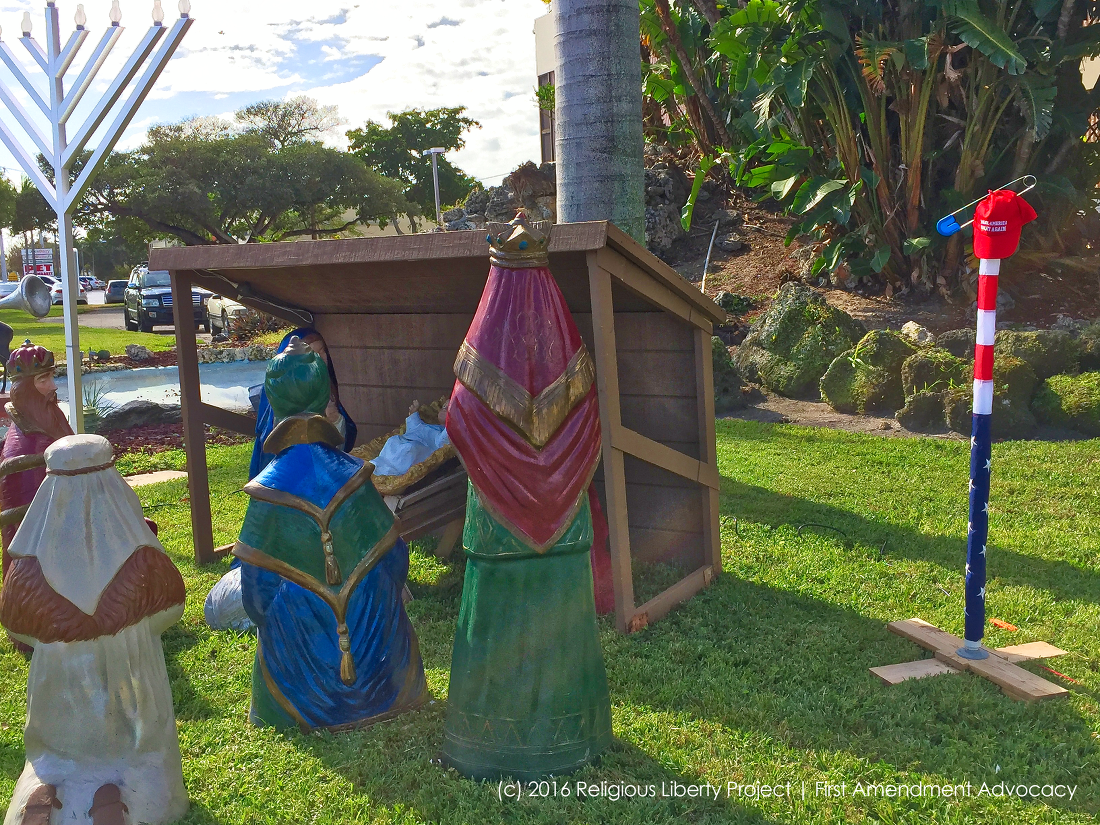 Stevens has also received permission to put the pole inside both the Washington and Florida State Capitol buildings. He’s still waiting for approval from several other places, including Chicago.

He’s also applied for a permit to set fire to the pole in Deerfield Beach — to complete the symbolism. No response yet from city officials.

December 1, 2016
Seven People Have Died from the Tennessee Wildfires, But At Least This Statue of Jesus Is Okay!
Next Post