In a video released by the Family Policy Alliance (formerly known as CitizenLink and still affiliated with Focus on the Family), host Stuart Shepard gloats about Donald Trump‘s Electoral College victory by rattling off his Christmas wish list.

It includes a chair (like the one Justice Antonin Scalia once sat in), a trimmer (for the federal budget), a “replacement” (for Obamacare), and a Cabinet (to “stop hassling Christian families like us”). 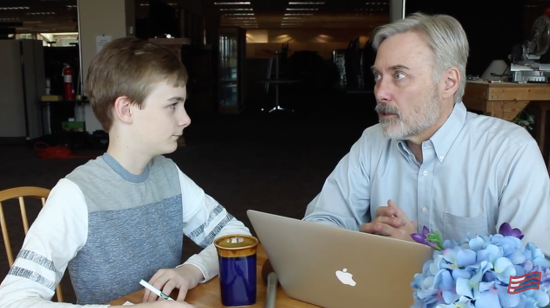 Evidence of Christian persecution, much like Shepard’s acting ability, is nowhere to be found.

It’s minority groups of all stripes — the LGBT community, Muslims, people who appreciate facts — who stand to lose the most under this administration. Though I suppose that means Shepard’s wish list will eventually be fulfilled by Trump and the Republican Party.

The people who deserve coal may be getting everything they ever wanted.

December 1, 2016
Abraham Should've Raised This Point When God Told Him to Kill His Son
Next Post

December 1, 2016 Oregon School District Unfairly Criticized After Asking Teachers Not To Go Overboard with Santa
Browse Our Archives
What Are Your Thoughts?leave a comment