The Hillsboro School District in Oregon sent a perfectly sensible memo to staffers this week, and it’s already getting blown out of proportion, as media outlets are reporting that the District has effectively “banned” Santa from the classroom. 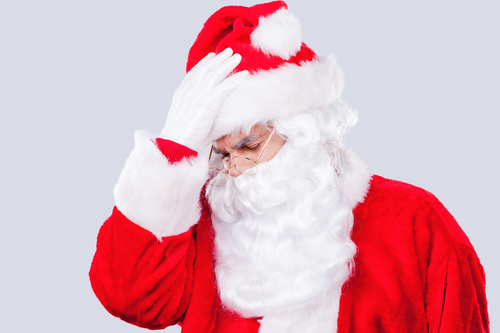 This is what the District said to the staff with regard to holiday decorations:

You may still decorate your door or office if you like, but we ask that you be respectful and sensitive to the diverse perspectives and beliefs of our community and refrain from using religious-themed decorations or images like Santa Claus.

While the wording should’ve been more clear, the idea isn’t as far-fetched as it sounds. The goal isn’t to ban Christmas; the goal is to be mindful of the fact that not everyone celebrates it. This isn’t about church/state separation — or political correctness — so much as trying to make sure all students feel welcome.

So while it may be illegal to put up a Nativity scene in the classroom, suggesting that Christmas is the only holiday worth celebrating this time of year by putting up (legal) Santa decorations contributes to the same problem.

Will the District punish teachers who put up cutouts of Santa and his reindeer? Of course not.

When asked if it was okay to decorate a classroom with Santa Claus, [communications director for Hillsboro School District Beth] Graser responded, “I think the issue is more nuanced than that, which is exactly why we don’t have a directive or policy in place on this topic. I would say it would not be preferred to have Santa and only Santa or only Christmas-related imagery up in a class just for the sake of decorating for the holidays, because that’s not overly inclusive. However, if a class is studying Santa Claus as a symbol of American tradition or as a cultural icon, I could certainly see where there might be a display up in the class of the varying images of Santa over time, for example.”

That nuance won’t stop some Christians from acting like this is an assault on their faith (because Jesus and Santa were BFFs, don’t you know). But the District’s heart is in the right place.

Even if you think the memo was unnecessary, remember that’s it’s just that: a memo. It’s not a policy change. No one’s being punished. It’s a reminder to teachers and administrators that non-Christians exist, too, and that can be easily forgotten this time of year.

December 1, 2016 Ohio Judge Rules Against Atheists Who Sued to Remove "In God We Trust" from U.S. Currency
Browse Our Archives
What Are Your Thoughts?leave a comment