American Atheists just revealed their 2016 holiday billboard campaign. Once again, they’re urging people who are on the fence about religion to skip church. 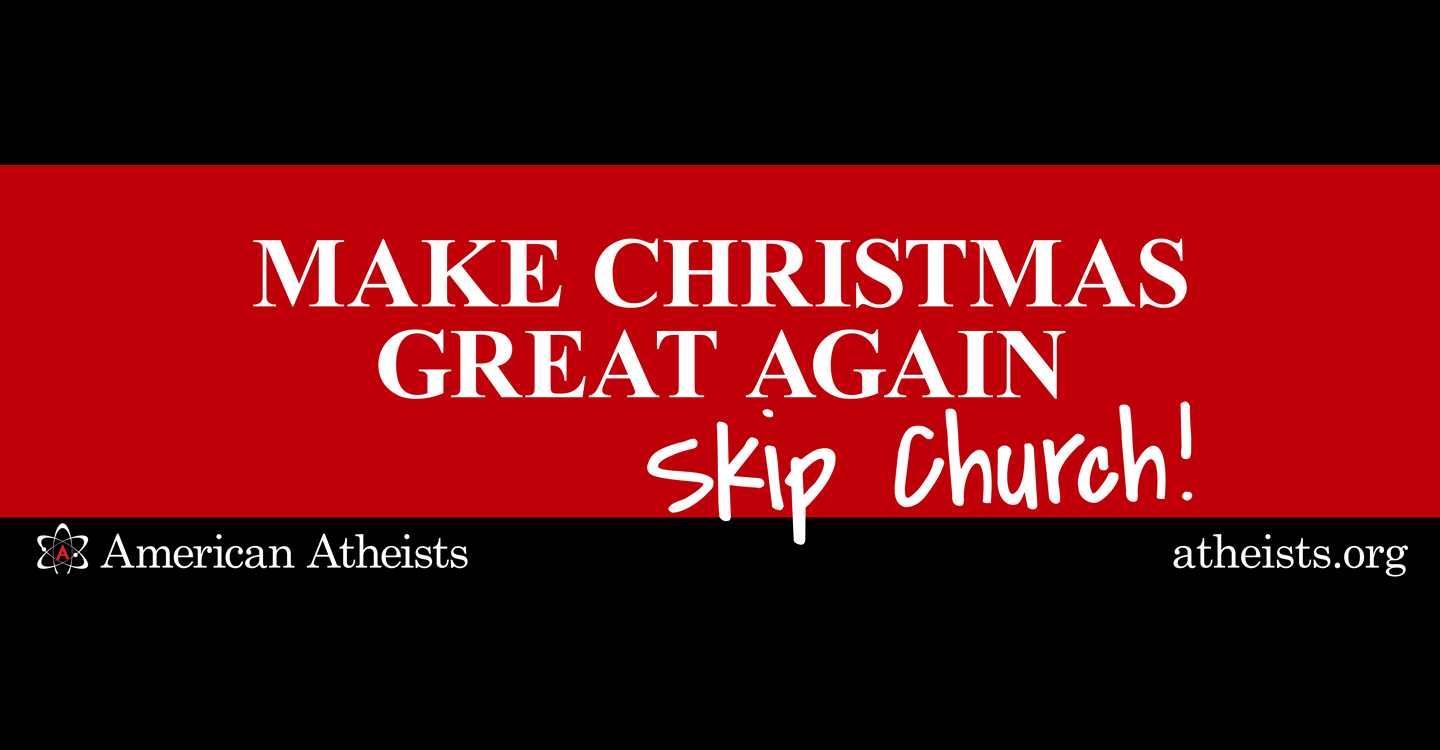 The billboard will be up throughout December in Lynchburg, Virginia, and Shreveport, Louisiana, two Republican strongholds. It’s also a way to push back against Trump’s campaign promise to force stores to say “Merry Christmas” instead of “Happy Holidays.”

The other billboard features a text-based conversation between two people, one telling the other that she plans to skip church this Christmas and her parents will just “get over it”: 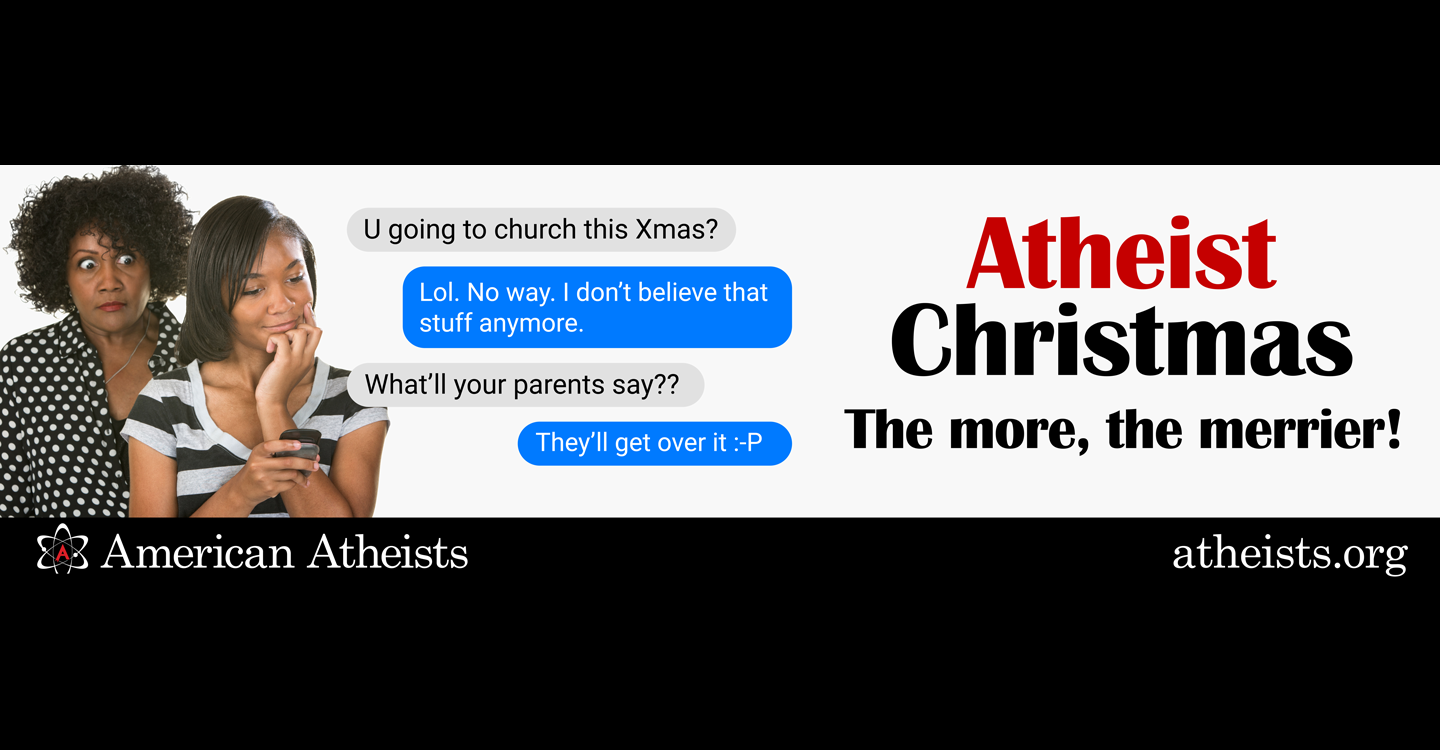 That billboard will be up during December in Colorado Springs, Colorado; Lynchburg, Virginia; Augusta, Georgia; Shreveport, Louisiana; and Georgetown, South Carolina.

“It is important for people to know religion has nothing to do with being a good person, and that being open and honest about what you believe — and don’t believe — is the best gift you can give this holiday season,” said David Silverman, president of American Atheists. “More and more Americans are leaving religion, but we still have work to do when it comes to fighting the stigma many atheists face.”

“The only way to remove the stigma is to show our friends and family that we are the same kind, loving and compassionate people they’ve always known us to be,” said Nick Fish, national program director for American Atheists. “This billboard campaign will be a starting point for that conversation in communities where atheists don’t always have a voice.”

The billboards are placed in several southern cities to capitalize on publicity for the group’s convention next August in Charleston, South Carolina.

The year before that, they began the skipping church campaign with this image:

These billboards are far less in-your-face than their previous “You KNOW It’s a Myth” signs from earlier this decade. That slogan generated a lot of publicity, but also provoked a lot of backlash. It’s hard to think people will get as bent out of shape at a sign urging people who don’t believe in God to skip church, but we know religious people often get upset about any perceived slight.

Will the signs be effective? Given the indoctrination so many people grow up with, and the guilt they may feel about attending worship even if they’re no longer religious, someone giving them permission to skip church may be the nudge that they need to actually do it.

December 1, 2016
Satanic Activist Reveals Trump-Themed Festivus Pole Which He Hopes To Set On Fire
Next Post