Religious Right Leader: If Hillary Clinton Were Elected, She Would Have Criminalized Christianity November 30, 2016 Hemant Mehta

Religious Right Leader: If Hillary Clinton Were Elected, She Would Have Criminalized Christianity

American Family Association president Tim Wildmon posted a video yesterday in which he celebrated the election of Donald Trump because it meant avoiding a huge catastrophe! After all, if Hillary Clinton got elected, Christianity would have been penalized and criminalized. (Obviously.) 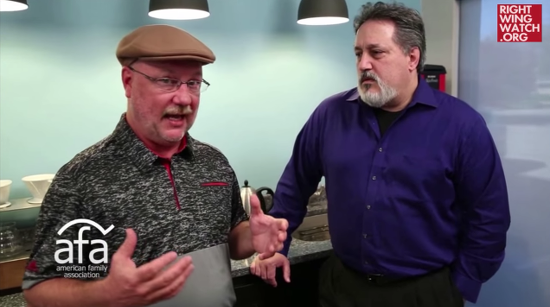 “The secular progressive movement,” Wildmon said, “they have a contempt for especially conservative Christians and I think with the election of Donald Trump, we avoided catastrophe … I think that the secular progressive movement and the power of the federal government, especially the executive branch, was ready to really penalize and criminalize, who knows, Christianity in America, and we avoided that.”

I guess Wildmon doesn’t believe the fact that Clinton herself is a Methodist… or that secular progressives have no desire to punish people for being religious; we simply don’t want to see the government giving special perks to people who believe in God.

But I guess congratulations are in order since we’re all safe now with Trump at the helm. Which I’m positive is also what they said about the captain of the Titanic before it hit the iceberg.