How Would Different Religious Groups React to the Discovery of Alien Life? November 30, 2016 Hemant Mehta

How Would Different Religious Groups React to the Discovery of Alien Life?

Astronomy professor David A. Weintraub, writing for Nautilus, explains how various religious groups would react if we were ever to discover extraterrestrial life. 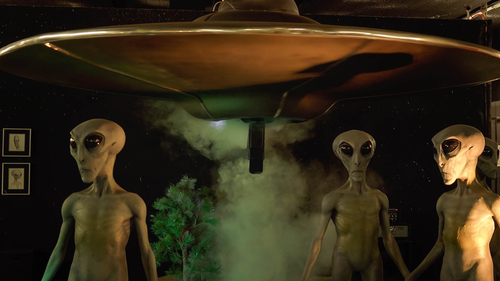 Creationists, for example, would have a lot of problems reconciling their literal view of the Bible with this radically new information:

… first contact with an alien would obviously generate a major headache for Creationists.

Creationists deny the theory of evolution, and the discovery of simple or intelligent life on other planets probably won’t cause them to reconsider its validity. Perhaps they would embrace the idea that an all-powerful God created more than one intelligent species in the universe without resort to evolution and simply chose not to tell us about this aspect of God’s plans. But this view depends upon a non-literal interpretation of scripture.

Or maybe they would just say that aliens are “dragons” just as they do with dinosaurs.

Weintraub didn’t include atheists in his list, but I suspect that’s only because a bunch of people yelling “I KNEW IT!” wouldn’t require entire paragraphs.

November 30, 2016
Why the Philosophy of Religion Should No Longer Be Taught
Next Post