Once Again, Atheist Banner and Giant Scarlet “A” Display Can Be Seen in Downtown Chicago November 28, 2016 Hemant Mehta

Once Again, Atheist Banner and Giant Scarlet “A” Display Can Be Seen in Downtown Chicago

If you’re in Chicago and walking through Christkindlmarket in Daley Plaza, make sure you take some pictures next to the atheist display that went up recently: 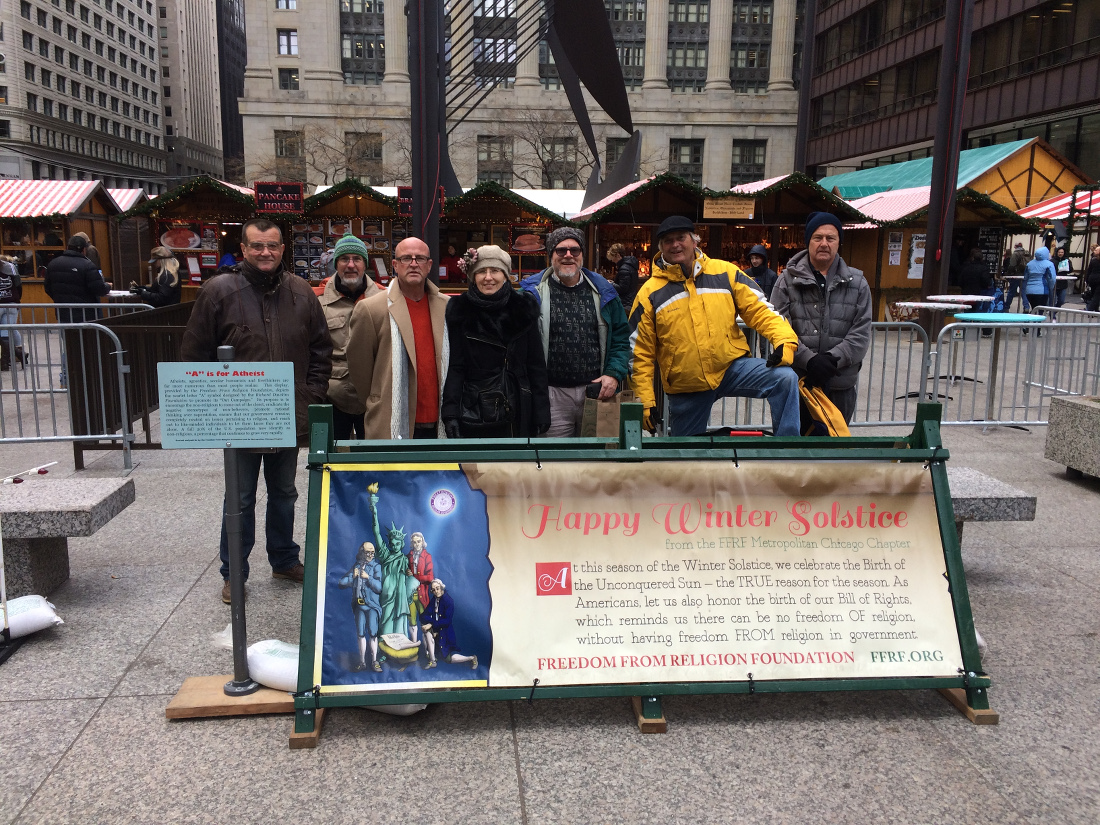 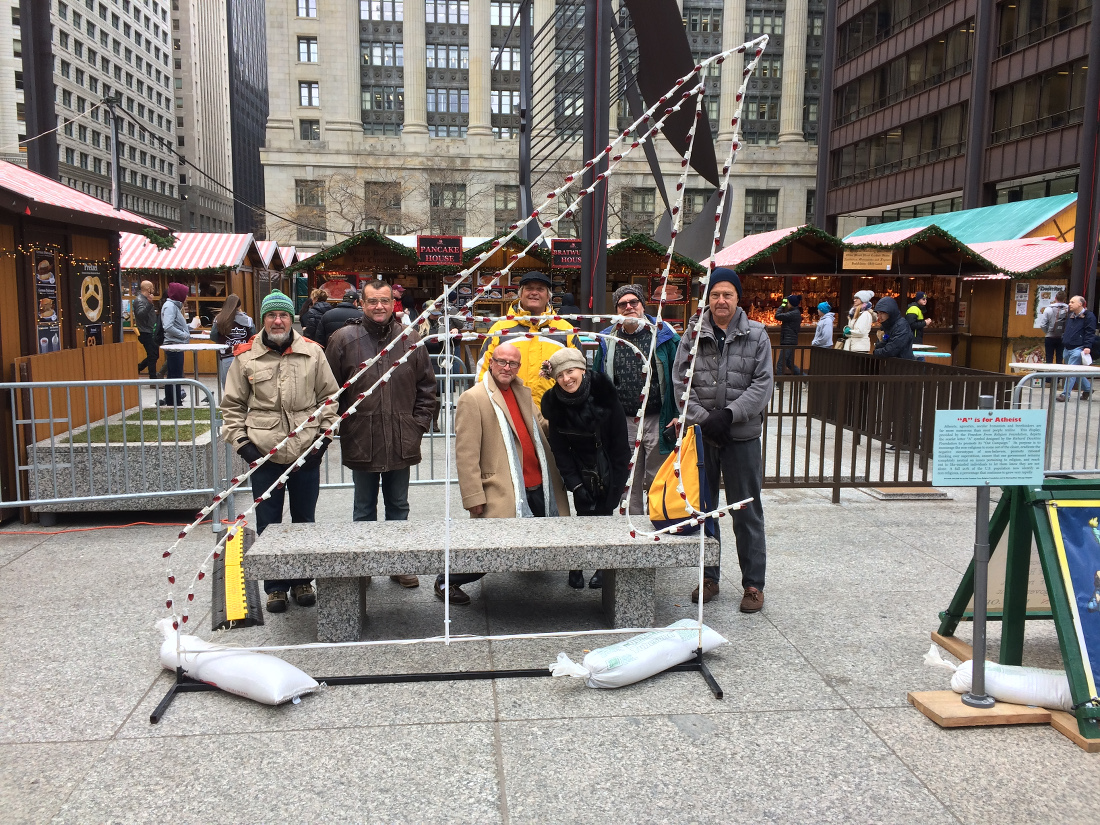 It’s the fourth straight year of the group’s displays.