The IRS Denied Tax Exemption to a “Church” That Was Really Just a Coffee Shop November 27, 2016 Hemant Mehta

A church that was essentially disguised as a coffee shop was denied tax exempt status by the IRS because — wait for it — it too closely resembled an actual money-making coffee shop.

Because a lot of the details are redacted, we don’t actually know who set this up or where it’s located, but maybe that’s irrelevant. Just look at the lengths these people went to in order to create a space they could call a church even though it operated like a normal business. 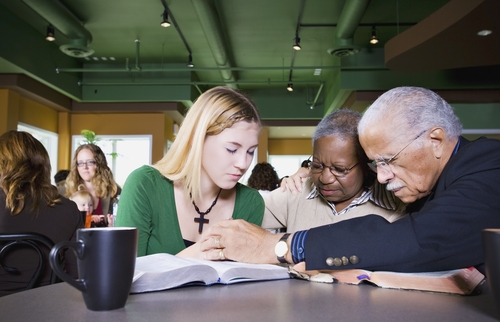 The IRS detailed in its rejection letter why this was more like a coffee shop than a place of worship:

Your primary activity is the operation of a coffee shop in a commercial manner. You are open to the public Monday through Friday from 6 a.m. to 8 p.m. and Saturday from 7 a.m. to 8 p.m. You have free WiFi and power outlets throughout for customer use. You have space that can be used for gatherings such as meetings and parties. You have a selection of food and beverage items that can be purchased at the coffee shop. Your hours and menu can be found on your website and your Executive Summary indicates that you believe the location of the coffee shop is ideal because there are no other similar businesses downtown. Therefore, the operation of your coffee shop to raise funds is a commercial activity, not a charitable activity.

It should be noted that the owners planned to donate all profits to charity, but that alone, said the IRS, “does not make a business exclusively charitable.”

The IRS sent the company a letter denying the tax exemption back in October, saying that they had 30 days to protest the decision. They never did, so the IRS closed the case and made the documents public.

But you have to wonder why any of this would be a problem. If the Christians are making money from this place, why not just pay the taxes? There’s no law that says a church — or, in this case, a “church” — has to be tax-exempt. And if they’re earning a profit by selling coffee — and selling coffee beans online, apparently — there’s no harm in handing some of that money to the government.

Who knows. Maybe that is what they’re doing.

Let it be known, however, that these Christians felt that they could open a coffee shop, use it as a meeting place for Bible studies, and get away with calling that a church (with all the perks real churches get). If the IRS had approved it, who knows what they would’ve tried to colonize next.

(via Forbes. Image via Shutterstock)