Evolution in Action: Because of Poachers, African Elephants Are Increasingly Born Without Tusks November 27, 2016 Hemant Mehta

Evolution in Action: Because of Poachers, African Elephants Are Increasingly Born Without Tusks

Here’s something that’s both fascinating and terrifying: Because poachers have killed so many African elephants for their tusks, the gene pool has been altered so significantly that babies are now being born without tusks altogether.

What else would you expect when the biologically “successful” elephants — the ones that can grow up and breed — are the ones who don’t have what the poachers want? 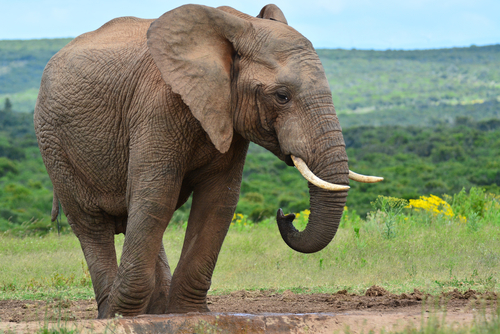 In some areas 98 per cent of female elephants now have no tusks, researchers have said, compared to between two and six per cent born tuskless on average in the past.

Joyce Poole is head of the charity Elephant Voices and has been tracking developments in the species for more than 30 years. She told The Times she had seen a direct correlation between the intensity of poaching and the percentage of females born without tusks in some of the herds she monitored.

While this may sound like a beneficial change, that’s not the case at all. The elephants may be able to avoid poachers, but those tusks are used for everything from digging for sustenance to fending off predators. Being born without them is akin to us being born without arms; you can do it, but a lot of things become a lot more difficult.

Stay tuned for science deniers to claim this isn’t really evidence of evolution… because one animal didn’t turn into another one right before their eyes. They don’t understand how large time spans work or how little changes accrue over time to create new species. But what we’re seeing with these elephants is precisely how natural selection works.

November 27, 2016
The IRS Denied Tax Exemption to a "Church" That Was Really Just a Coffee Shop
Next Post

November 27, 2016 Don't Celebrate the Birth of Christ Without This Amusing Baby Jesus Sweater
Browse Our Archives
What Are Your Thoughts?leave a comment