Powerful Film About Ex-Muslims is a Form of “Atheist Islamophobia,” Says Anonymous Critic 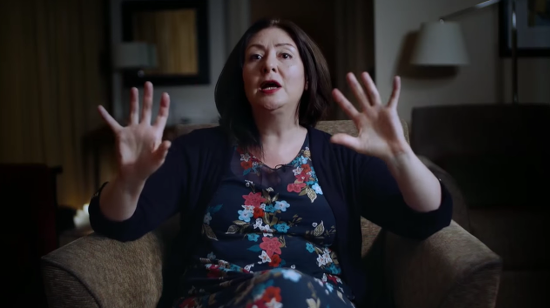 Andy Ngo, a student leader with the Freethinkers of Portland State University, recently attended a screening of the film on campus. You’d think that’s a place where the film would be well-received, but there was pushback even with the advertisements: 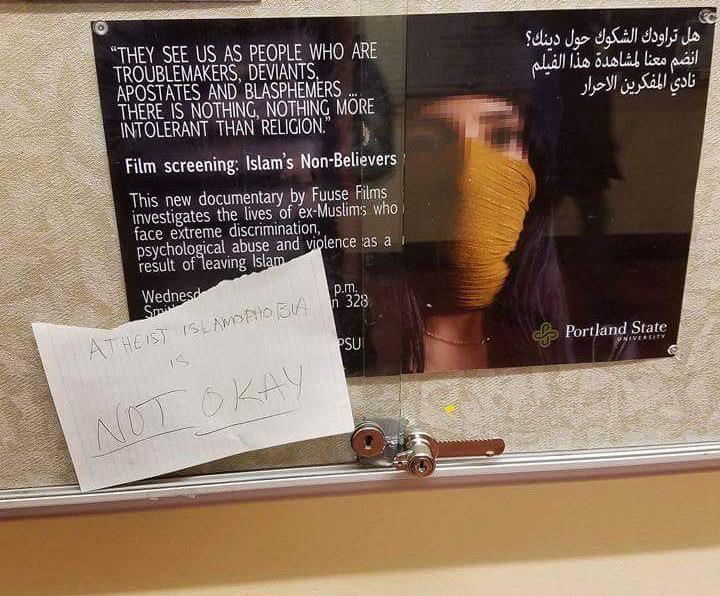 Controversy surrounded the event in the weeks leading up to the screening. Some students found the event insensitive given the political climate, while others thought the event promoted discrimination. In the glass display case for Freethinkers, a note was left which read, “Atheist Islamophobia is not okay.” Across campus, many flyers for the event were vandalized or torn down.

One Muslim student even recoiled at the film’s implications during the screening:

One Muslim woman in attendance objected to the narrative presented in the film. “The punishment for apostasy in the Qur’an is not death,” she said. “The Qur’an is written in Arabic and most people from Bangladesh, India and other parts don’t speak Arabic.” Two native Arabic speakers later challenged this assertion when they recited several Qur’anic verses which can be interpreted as prescribing death for those who reject God.

Those were peaceful conversations, though. Even if some Muslims don’t want to admit their faith bears any blame for how some followers interpret it, the people featured in the movie would beg to differ. In their view, there’s no way to dissent without putting their lives in harm’s way.

All the more reason to keep showing this film.

November 26, 2016
The Biggest Religious Scandals of All Time
Next Post 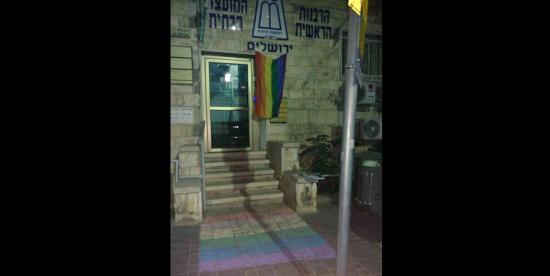