Would You Change Your Mind if There Was Strong Evidence Suggesting You Were Wrong? November 25, 2016 Hemant Mehta

Would You Change Your Mind if There Was Strong Evidence Suggesting You Were Wrong?

Anthony’s latest video isn’t about religion, per se, but it shows just how difficult it can be to get through to some people when they’re convinced of their beliefs. The man he speaks to is opposed to the legalization of marijuana, and Anthony wants an answer to a simple question: If someone could present him with five good reasons for legalizing it, would the man change his mind?

The ensuing, infuriating conversation is similar to one I’m sure many of you dealt with at the dinner table last night. 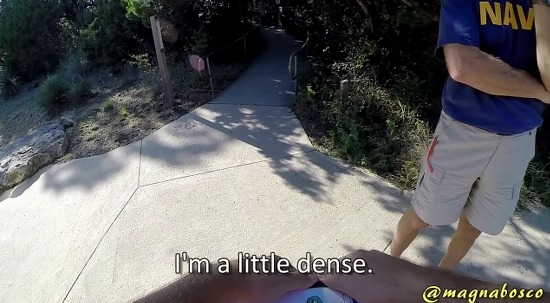 It’s like Creationist Ken Ham saying no amount of evidence in support of evolution would ever get him to change his mind on that subject because, to him, it would mean rejecting the “truth” of the Bible. If closed-minded people refuse to listen to reason, what hope is there of ever getting through to them?

The only thing we can do is try to prevent people from ever reaching that level of dogmatism.

November 25, 2016
Telling Your Kids Santa Claus is Real Could Damage Your Relationship With Them
Next Post