The Trailer for This Anti-Abortion Rom-Com Shows That Christian Films Can Indeed Get Worse November 23, 2016 Hemant Mehta

Anyone who’s seen Christian knock-offs of popular culture knows they’re never as good as the real thing. They’re usually pathetic attempts at being relevant, stripped of all the good stuff.

But Religious Right activist Janet Porter‘s new anti-abortion romantic comedy What’s a Girl To Do? shows us that whenever we think Christians have hit rock bottom, they can always go lower.

(Also, yep, an anti-abortion rom-com. Because nothing is more romantic than forcing a woman to give birth against her will.)

If the trailer is any hint, this is going to be the finest cinematic adventure of our lifetime: 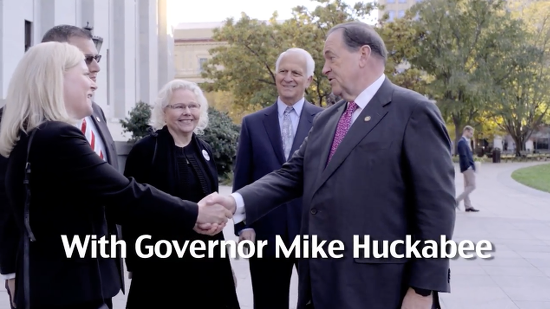 The description of the trailer says the movie is all about how the “nation’s first Ban on Partial Birth Abortion was passed,” but that’s just a backdrop. So what’s the film actually about? Here’s a better description from Right Wing Watch’s Miranda Blue:

Although the plot of the movie is unclear, it apparently deals with a romance Porter had with the son of a pro-choice state legislator before meeting her husband. Porter discusses that romance in her 2004 dating book “What’s a Girl To Do? While Waiting for Mr. Right,” and revealed in a WorldNetDaily column in 2008 that writing a screenplay based on that book eventually led her to her true “Mr. Right,” David Porter.

I’m not sure how much the film will cost, but we can safely say the marketing budget is under $10.

Porter’s last film, which also starred Huckabee, was all about how The Gays are setting the world on fire.