The last time we posted about Pastor Lethebo Rabalago of South Africa’s Mount Zion General Assembly, he (allegedly) put a giant speaker on top of a woman, then told her not to worry because God would protect her. She later (allegedly) suffocated and died.

His latest idiotic stunt in the name of religion involves (allegedly) spraying Doom insect repellent on members of his congregation… as a “healing method.” 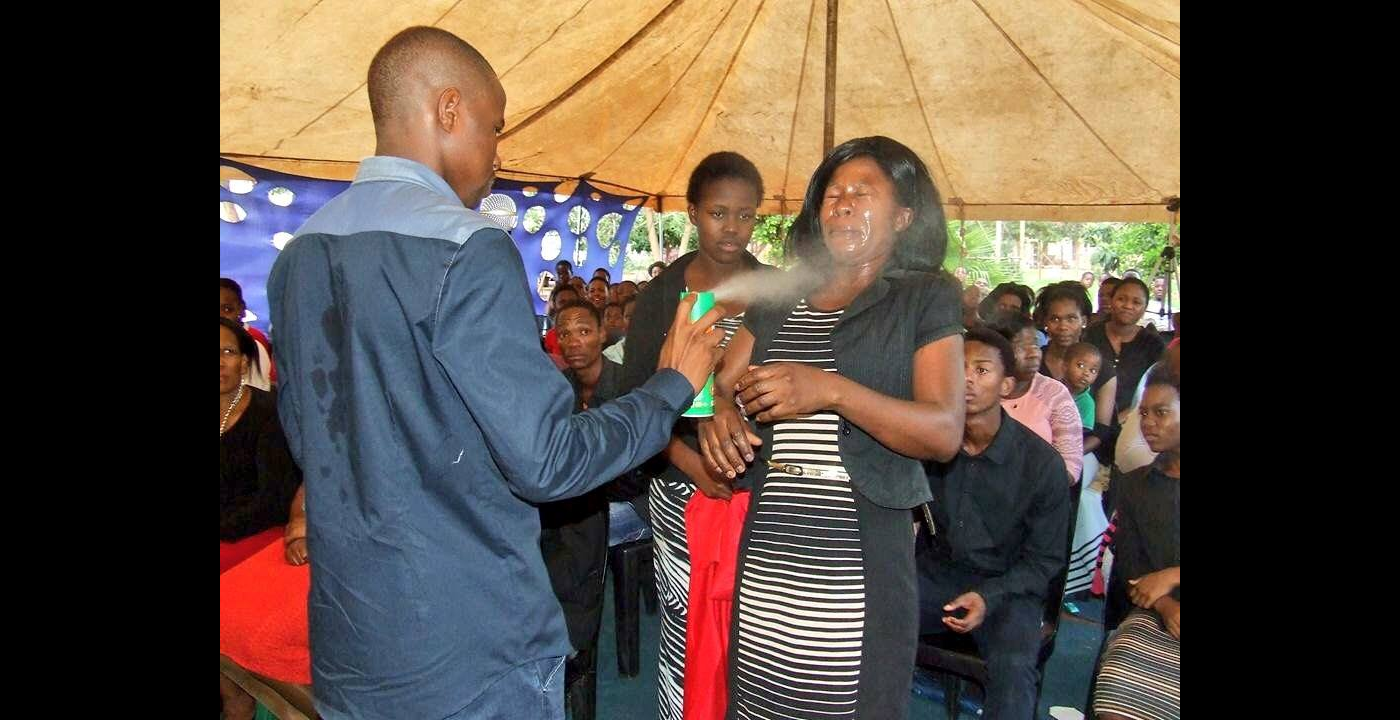 In that picture above, for example, Rabalago writes:

The Prophet called sick people to come foward.
She went to the forth and told the Prophet that she suffers from ulcer. The Prophet sprayed doom on her and she recived her healing and and deliverance.
We give God the glory!

That’s… not how insect repellent works.

I’m not sure how a poison meant to kill insects is supposed to heal humans, but as anyone who has accidentally inhaled bug spray will tell you, it’s not pleasant. At best, it’s a nuisance. At worst, it can really mess up your breathing (especially if you have asthma) and lead to vomiting, seizures, or the loss of consciousness.

None of the consequences involve fixing your physical ailments.

Part of me wonders if the pastor heard that some diseases are caused by viruses… and figured “bug” spray might kill those viruses. He’d still be wrong, but there’s a perverse logic to it.

I guess belief in God can make even bullshit look shiny, can’t it?

November 22, 2016 Teacher Who Promoted Christianity in Class, Then Cried Persecution When Told to Stop, Loses Appeal
Browse Our Archives
What Are Your Thoughts?leave a comment