A so-called religious freedom law that would have allowed business owners to use their faith as justification to discriminate against customers has been defeated in Pasco, Washington. 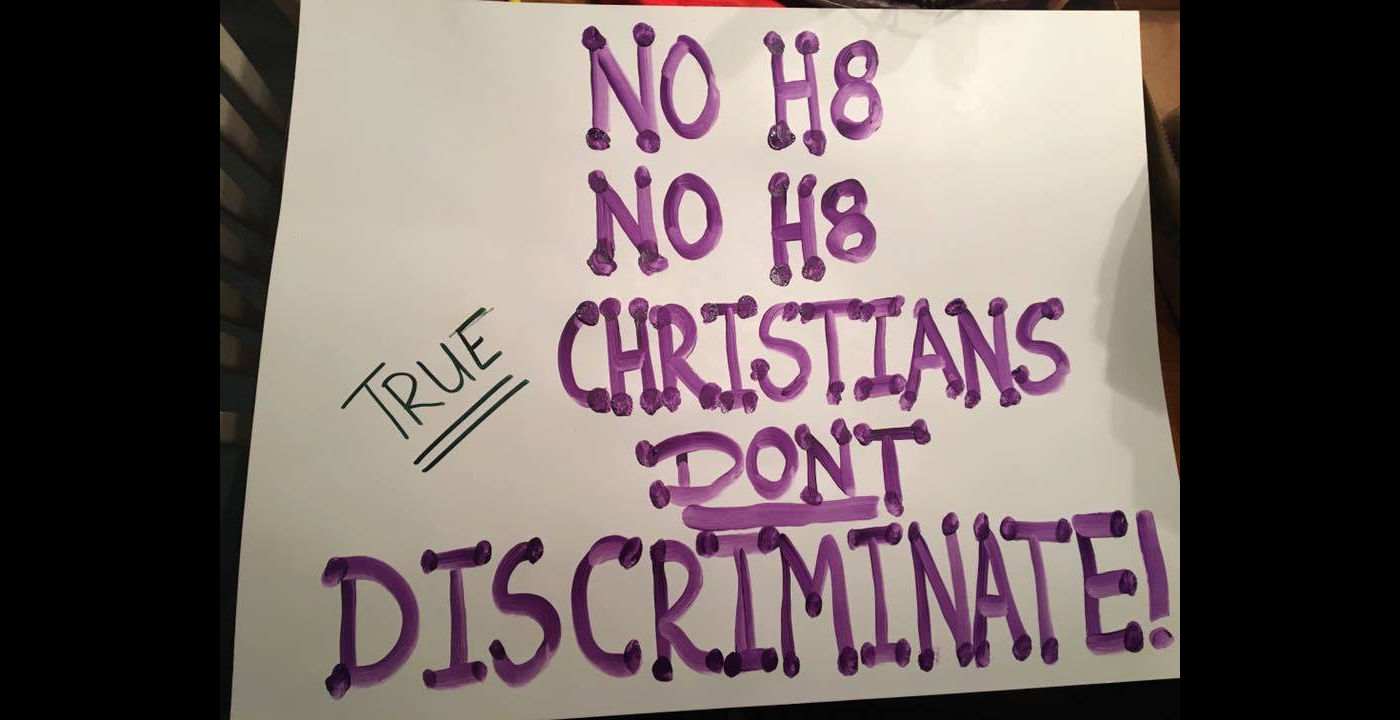 The resolution, which was introduced by City Councilman Bob Hoffman the day before oral arguments in the Arlene’s Flowers case, was shot down when the council voted 5-2 against considering the social issue. Locals who were present at the meeting say more than 200 people showed up to protest the potential regulation.

Hoffman argued (31:25) that Washington was founded on religion, quoting the preamble to the state’s Constitution that references a “Supreme Ruler.” He also said that, after reviewing numerous letters from the opposition, he found the main fear about the proposal seemed to be a concern about a “slippery slope” that could allow all sorts of discrimination.

He proposed adding a sentence to the resolution, which would allow him to pass it in good conscience:

To guard against general, class-based, invidious discrimination, we call upon all businesses — including florists, photographers, bakers, musicians, caterers, and venue operators — to refrain from discrimination against persons based on their race, sexual orientation and/or identity status, nationality, religion, gender, age, or handicap in the sale of everyday goods, services, and travel, and for occasions of birthday parties, graduations, baby and bridal showers, first communion, bar mitzvah, quinceañera, reunions, proms, and dances…

Pasco city officials discussed the council’s historical avoidance of “social issues” that don’t fit within the scope of the municipal government, and ultimately decided against changing the status quo. Hoffman rejected that argument, saying they have even discussed “wet t-shirt contests” in the past.

During the City Council meeting, Pasco Councilmember Chi Flores said secular activists’ letters and calls made a difference in the final decision.

Opposition to the proposal was largely organized by Jennifer Goulet, the president of Tri-City Freethinkers and a recent candidate for State Representative. She said the introduction of the proposal originally caused her to consider running for city council to oppose Hoffman.

She hailed the result:

Thank you to everyone who came to Pasco City Council tonight, who supported us from afar, who sent emails to and called city council members, and who spread the word. I couldn’t be more proud of the Tri-Cities than I am tonight. Your actions and attendance had a huge impact.

November 22, 2016
An Ex-Muslim's Peek Into the Mind of an Islamic Terrorist
Next Post