Man Convicted of Sexually Assaulting a Child: “I Have a Lawyer. His Name is Jesus Christ” November 22, 2016 Hemant Mehta

Man Convicted of Sexually Assaulting a Child: “I Have a Lawyer. His Name is Jesus Christ”

A Vancouver man convicted of sexually assaulting an eight-year-old girl now says Jesus Christ will represent him in court. (After burning through three lawyers already, it’s probably his last hope.) 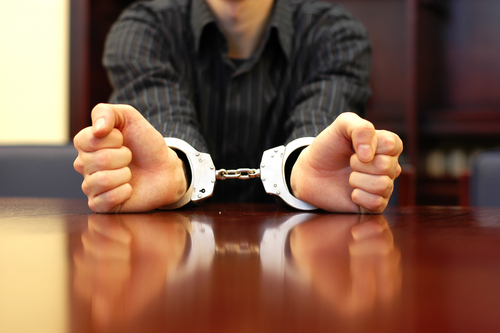 Not that the judge gave a damn:

“And whether you have three lawyers or eight lawyers or 15 lawyers, that doesn’t matter to me. I don’t want to know what occurred between you and your lawyers because that’s private. It’s privileged.”

When the judge pressed him to say whether he wanted to get a new lawyer, [David Alan] Lessor said: “I have a lawyer. His name is Jesus Christ and he’s representing me in this courtroom today. And he’s going to speak truly today and going to address this court today providing you give me that opportunity.”

Why Jesus? Because even though the court convicted him of the assault back in August, Jesus forgave him, and that’s all that matters…

It’s a flaw within Christianity that even convicted criminals can feel like everything is forgiven in the eyes of their Lord.

Lessor faces a two year stint in jail. That is, unless Jesus can Rapture him before the government puts him behind bars.

(Image via Shutterstock. Thanks to Denise for the link)