Women Don’t Need a Priest’s Forgiveness After an Abortion

Pope Francis issued a letter today, just at the end of the “Year of Mercy,” saying that ordinary priests (as opposed to bishops) can forgive women who have abortions, even though the Catholic Church considers abortion a “grave sin.” The forgiveness would also extend to doctors and nurses involved in the procedure. 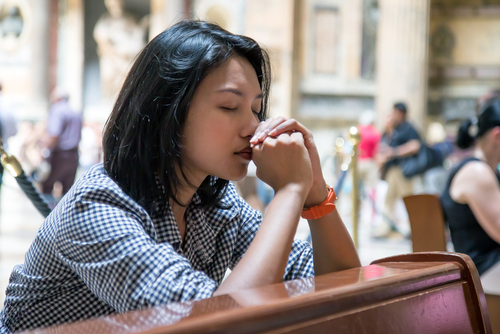 “I wish to restate as firmly as I can that abortion is a grave sin, since it puts an end to an innocent life,” the pope wrote in the letter. “In the same way, however, I can and must state that there is no sin that God’s mercy cannot reach and wipe away when it finds a repentant heart seeking to be reconciled with the Father. May every priest, therefore, be a guide, support and comfort to penitents on this journey of special reconciliation.“

That may sound all well and good, but it’s worth pointing out that women (including Catholic women) who get abortions don’t need another man’s permission for having the procedure done — certainly not from a man who’s not the father. They don’t need a Christian Right activist blocking them from seeing an abortion doctor, and they sure as hell don’t need a priest to tell them they’re forgiven when they didn’t do anything wrong.

That’s really the worst part of this letter. The Church is forgiving women for something that’s not a sin. It’s like when Christians say they have a way for you to avoid Hell: It’s a solution to a problem that they created.

I’m sure this will bring peace of mind to some Catholic women who felt they had committed some awful crime by having an abortion, but they never should have had that guilt in the first place. The Church created that guilt and the Church is now saying they alone can remove it.

November 21, 2016
A Muslim Registry Would Be An Awful Idea, No Matter What the Republicans in Charge Say
Next Post