The Struggles of Being a Black Atheist November 21, 2016 Hemant Mehta

The Struggles of Being a Black Atheist

In an article for the Daily Beast, Brandon Withrow takes a look at the unique challenges faced by African-American atheists: 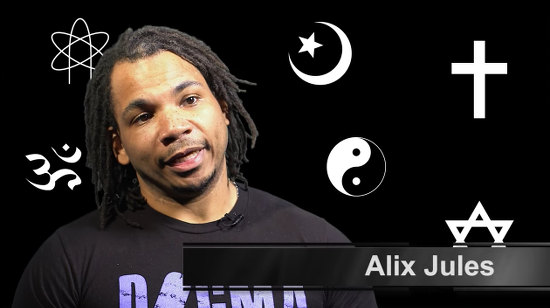 “I eventually was ordained as a prophetess and evangelist,” [Candace Gorham] says, “and was involved in things like casting out demons, speaking in tongues, and faith healing.” She’s had many personal life challenges, she adds, but “what started the decline for me was when I started learning about the errancy of the Bible.” Discovering that the Bible wasn’t infallible “really wreaked havoc” on her faith.

Gorham generally tries to keep quiet about her non-belief in her daily life and avoids “aggressively” attacking religion when with family. “It has, however, caused some significant problems with certain extended family and close friends,” she adds, “such that I’ve lost several relationships as a result.”

This is one of the toughest things about being a racial minority who also doesn’t believe in a god. Turning your back on religion can often be interpreted as turning your back on your culture, even though that accusation couldn’t be further from the truth.

The article revolves around the upcoming documentary Exodus, which explores the rise of non-religious black people and the obstacles they face. A trailer is below:

Read the full article, though, to get a good sense of what a handful of vocal black atheists have had to deal with. And then realize that that’s the reason so many others have chosen to remain in the closet.

(Screenshot via YouTube. Thanks to Andrew for the link)

November 22, 2016 Humanist Celebrants Will Offer Free Wedding Services to Oppressed Groups Until Trump's Inauguration
Browse Our Archives
What Are Your Thoughts?leave a comment