Justus Park in Oil City, Pennsylvania is home to a bench honoring our veterans… that also includes a religious message: “Men Who Aren’t Governed By God, Will Be Governed By Tyrants.”

Which means this veterans’ memorial is really a slap in the face to all the atheists who have served this country. It’s also government promotion of religion, breaking the very laws our veterans fought to uphold. 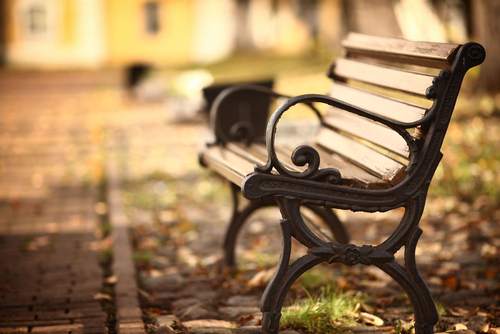 The American Atheists Legal Center sent a letter to Mayor William P. Moon, Jr. earlier this month noting that, while the bench has been around since 2003, that’s no excuse to allow it to remain there.

So far, they haven’t received a formal response from the city. But according to local news reports, that’s because the city has no intention of replying at all. They think the bench is perfectly fine as is:

There are always going to be Christian Right attorneys who’ll say the bench is legal and will offer to take on the case for free because of all the publicity they’ll reap from it. However, it’s hard to argue that this quotation doesn’t denigrate atheist soldiers or that it doesn’t take a position on religion. You would hope a judge understands that.

If the city doesn’t respond, and American Atheists has a local plaintiff willing to challenge this religious bench, it’s possible a lawsuit could be forthcoming. It’s hard to believe they have to go through all this trouble just to get a local VFW and the city to think about all the veterans instead of just the ones who share their theology.

November 21, 2016
Creationist Ken Ham: Science is Silly Because It Changes Over Time
Next Post

November 21, 2016 The Struggles of Being a Black Atheist
Browse Our Archives
What Are Your Thoughts?leave a comment