A Muslim Registry Would Be An Awful Idea, No Matter What the Republicans in Charge Say November 21, 2016 Hemant Mehta

A Muslim Registry Would Be An Awful Idea, No Matter What the Republicans in Charge Say

On Meet the Press yesterday, future White House Chief of Staff Reince Priebus suggested that a Muslim registry wasn’t inconceivable under a Donald Trump administration, no matter how much he tried to tamper down those fears. 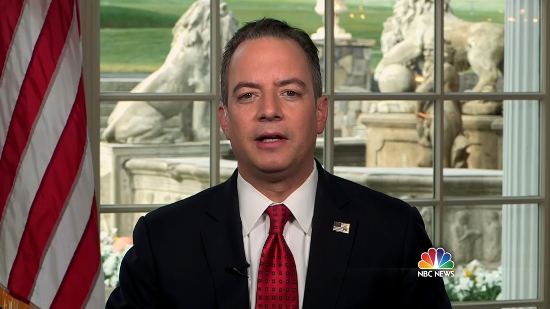 He added, “And Donald Trump’s position, President Trump’s position is consistent with bills in the House and the Senate that say the following: If you want to come from a place or an area around the world that harbors and trains terrorists, we have to temporarily suspend that operation until a better vetting system is put in place.”

There are atheists who have long pointed to the more problematic aspects of the Qur’an — verses used to embolden terrorists in addition to all the other forms of dogmatic thinking — while acknowledging that the vast majority of American Muslims do what all religious people do: They rationalize or ignore the worst lines of their holy book — while remaining peaceful and opposing people who cause harm to others in the name of their faith. Both Presidents George W. Bush and Barack Obama knew this.

A registry would be a problem for a variety of reasons. Not only is it impossible to determine who’s a Muslim or not — it’s an ideology, not something you paint on your face — there are several non-Muslim activists saying they would sign up for the registry in solidarity with Muslims.

Furthermore, while radical Muslims may be the problem right now, what happens when a representative of another group cites his faith (or his atheism) as reason to do something awful? Islam may be the religion-of-choice for terrorists today, but it won’t be that way forever. Creating a policy that would actually target Muslims would be a dream come true for terrorist groups who have long said to recruits that the Western world is out to get them. It would strengthen them, not weaken them.

It’s ironic, really, that the people who want to make a list of those who could pose problems within our borders would rebuke any thought of a federal gun registry. Far more people die from gun violence than from terrorism.

November 21, 2016
Donald Trump's Supporters Should Listen to This Powerful Monologue
Next Post