I don’t claim to know what qualifies as good art, but I do know that Abel Azcona‘s latest piece shouldn’t result in a fine or jail time.

Azcona, an artist from Spain, visited several Catholic churches in Madrid and Pamplona, took hundreds of consecrated communion wafers (which Catholics literally believe are the body of Christ), removed his clothes, took pictures of his nude self arranging the wafers to spell out the word “pederasty” on the floor, displayed the photos in a public art gallery, then later sold all the wafers for $268,000. (“Pederasty,” of course, means sex between a man and a boy, a crime that’s happened far too often in the Catholic Church.) 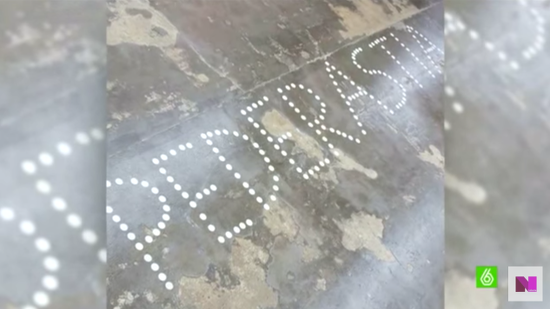 So, you know, your typical Sunday afternoon.

Believe it or not, that didn’t go over so well. Azcona was accused of blasphemy for “treating something sacred without due respect or using it for profane purposes,” which is apparently a problem in Spain.

He rejected charges that the accused treated something sacred without due respect, claiming “lack of respect should not be confused with not doing what the Catholic Church requires its faithful to do with the consecrated hosts in the act of Communion.”

The judge claimed Azcona made use of the hosts “discreetly, without his conduct being able to be characterized as disrespectful, offensive or irreverent.” The exhibition of the artwork “does not constitute derision of the beliefs, rites or ceremonies of the Catholic Church nor is it an affront to those who profess or practice said beliefs,” according to the judge.

The judge essentially argued that even if Catholics were offended by what Azcona did, it’s not like he did this in Church, so who cares?

That didn’t satisfy the Spanish Association of Christian Lawyers, however, and they plan to appeal the decision:

The Spanish Association of Christian Lawyers announced it would file an appeal and be prepared “to go to the highest court necessary in the face of what is becoming a campaign of serious offenses against the Christian faith and religious freedom.”

This is absurd. Azcona’s artwork was no more offensive to Catholics than me saying I reject their theology. What’s sacred to them is a cracker to us. And an artist’s views shouldn’t be debated in a court of law, no matter the country. It wasn’t illegal to accept a wafer in Church, and what people do with those wafers outside of Church is their own business, even if you find it offensive. He could rip pages out of a Bible, burn a Qur’an, do a happy dance for Satan, and all of it should be within his rights as an artist.

This isn’t a case about blasphemy. This is a case about Christians who can’t accept people not buying into their bizarre beliefs. That’s their problem, though, and no one else deserves to be punished for it.

(via Religion Clause. Screenshot via YouTube. Thanks to Scott for the link) 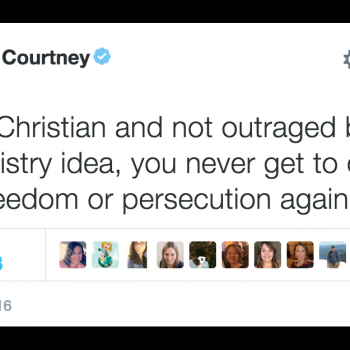 November 19, 2016
I'm Sure Every Evangelical Pastor Will Be Preaching About This on Sunday...
Next Post

November 19, 2016 Evangelical Speaker Praises Church for Supporting Trump: "You’re Too Nice" to Vote the Other Way
Browse Our Archives
What Are Your Thoughts?leave a comment