Duck Dynasty, the show that gave a platform to unlikely Christian evangelists and not-so-subtle bigots, is finally going off the air. The Robertson family announced this week that the current season of the show would be its last. 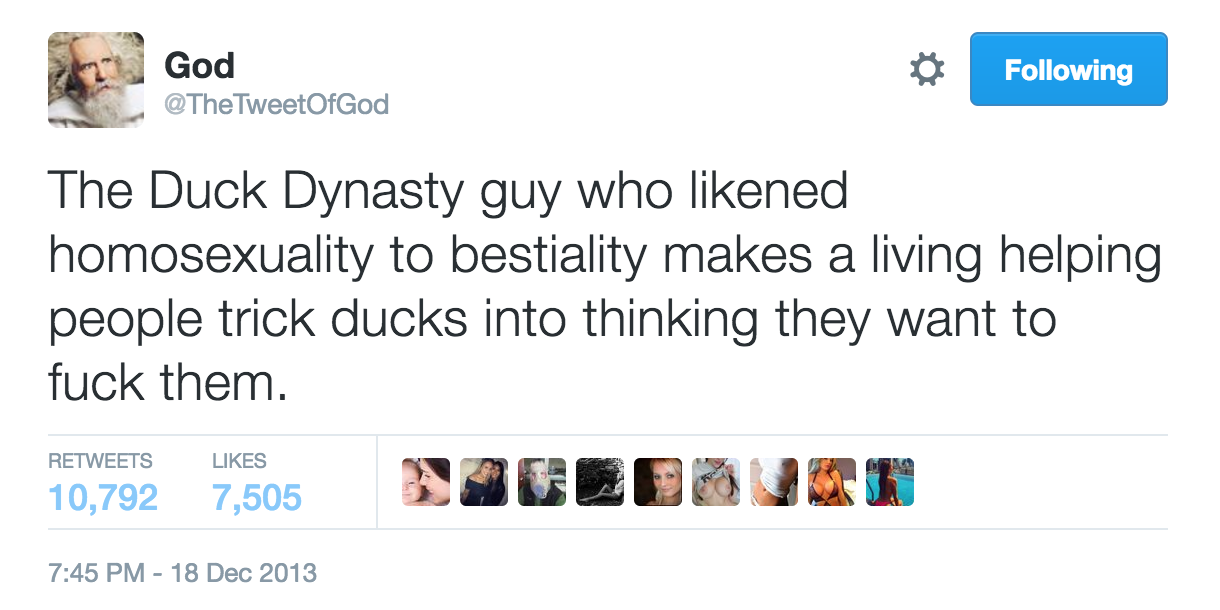 … the cable network said: “After five years, 130 episodes and one of the biggest hits in the history of cable, the Robertson family and A&E jointly decided that Duck Dynasty, the series, will come to an end after this season.”

Whether it was truly a joint decision from both sides is anyone’s guess. But the show won’t be missed by atheists or anyone else who cares about LGBT rights.

The patriarch of the family, Phil Robertson, made very clear over the years that he found homosexuality disgusting (and LGBT people unworthy of equal rights). He wanted to “rid the earth” of gay marriage supporters and infamously compared homosexuality to bestiality. He also assumed atheists were so immoral that rape, murder, and violence would never faze us since morality was subjective.

Liberals obviously weren’t the target audience — I can’t recall ever watching it on purpose — but in a nation where Donald Trump can become president, and people care about the Kardashians, I guess it only made sense that millions of people cared to watch this family.

And besides. When it comes to bigotry and homophobia, it’ll be hard to top coverage of the Trump administration.

November 18, 2016
Wait, Who's Making an Appearance to Promote This Department Store's Christmas Sale?
Next Post