In June of 2014, the American Humanist Association’s Appignani Humanist Legal Center sent a letter to the Douglas County School District in Colorado detailing extensive evidence that officials at Highlands Ranch High School and Cougar Run Elementary School, in their capacities as District employees, were promoting Christianity and raising money for a Fellowship of Christian Athletes’ mission trip.

Earlier this year, the rest of the issues were decided… but this time, the outcome was thoroughly disappointing.

A Colorado federal district court judge said that the AHA’s plaintiffs did not have proper legal standing to bring the case. They had no stake in this, so there was no point deciding the case on its merits.

The AHA disagreed. They said in February that they would be appealing that decision, saying their plaintiffs did indeed have standing:

The AHA filed that appeal in April, making the case for why their plaintiffs absolutely have standing:

The oral arguments in that case took place yesterday, with the AHA’s David Niose making the case for why his clients had legal standing to pursue this case.

Keep in mind that the District will eventually have to decide one way or the other whether they want to keep promoting Christianity. Because even if the AHA’s appeal goes nowhere, it’s entirely possible other atheists (with proper legal standing, no matter how you slice it) could sue in the future. 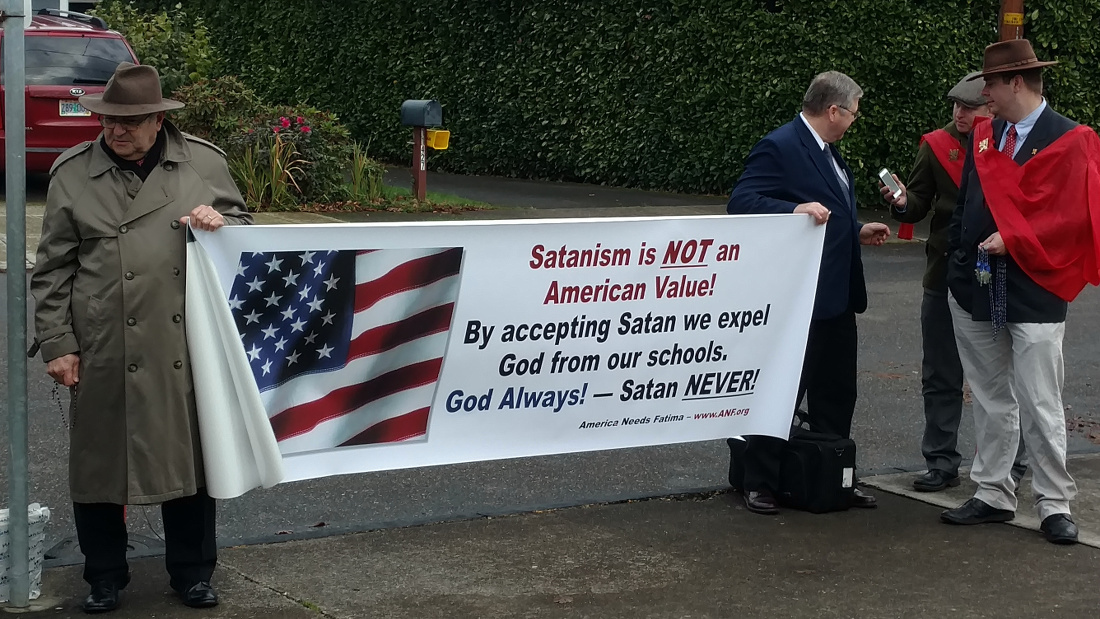 November 17, 2016
After School Satan Club Holds First-Ever Meeting (But Not Without Protesters)
Next Post 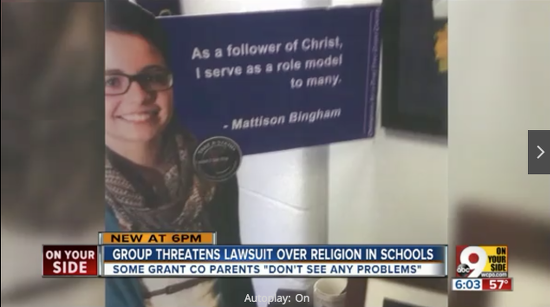