Pastor Rick Joyner is Furious About Rep. Keith Ellison’s Non-Existent Ties to the Nation of Islam

Minnesota Rep. Keith Ellison, the first Muslim elected to the United States House of Representatives, and the second U.S. Representative to endorse Bernie Sanders for President during the primaries, is widely considered the frontrunner for chair of the Democratic National Committee. Which lots of people are happy about! 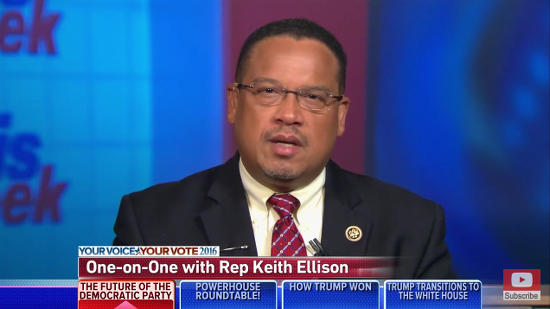 Of course — perhaps unsurprisingly — there are some detractors. Like evangelical Pastor Rick Joyner of MorningStar Ministries, who thinks Ellison is somehow in cahoots with the Nation of Islam (which he is not). Joyner took to Facebook on Tuesday demanding that the DNC denounce him for this non-existent connection just as Republicans must renounce KKK leader David Duke. 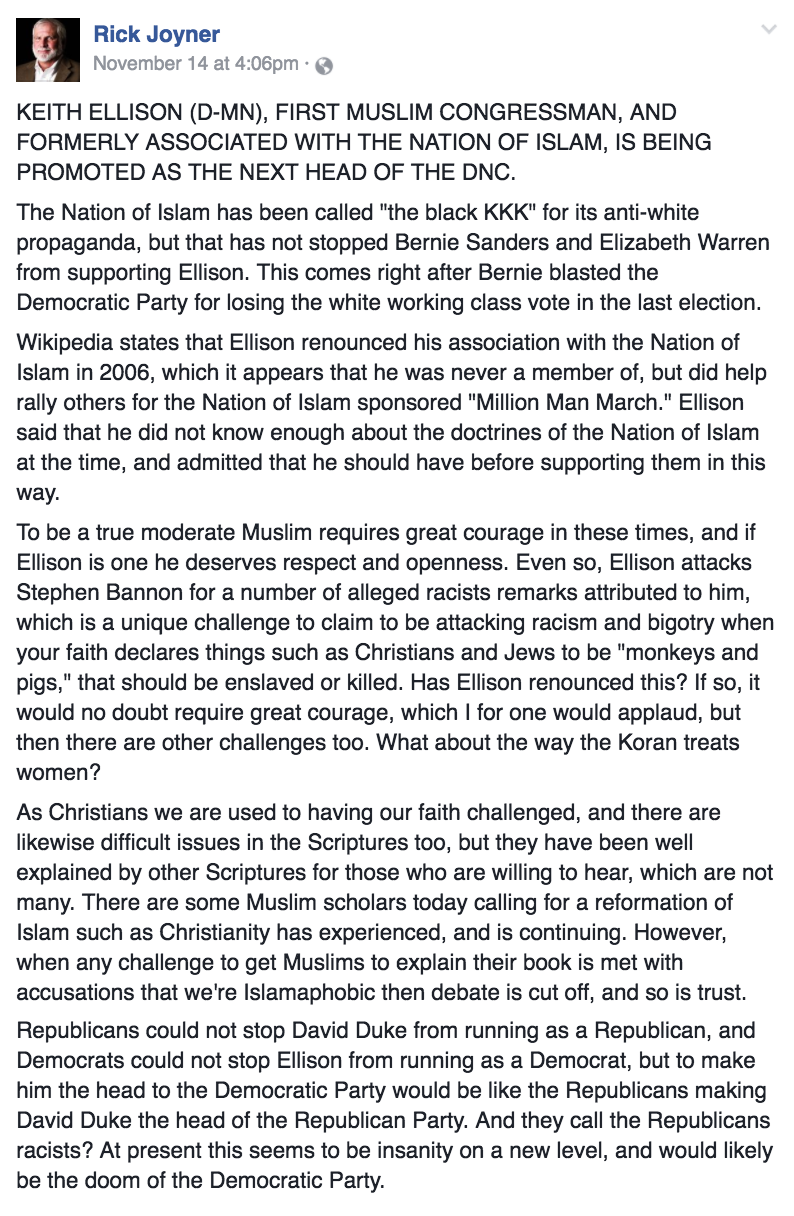 KEITH ELLISON (D-MN), FIRST MUSLIM CONGRESSMAN, AND FORMERLY ASSOCIATED WITH THE NATION OF ISLAM, IS BEING PROMOTED AS THE NEXT HEAD OF THE DNC.

The Nation of Islam has been called “the black KKK” for its anti-white propaganda, but that has not stopped Bernie Sanders and Elizabeth Warren from supporting Ellison. This comes right after Bernie blasted the Democratic Party for losing the white working class vote in the last election.

Ellison has never been a member of the Nation of Islam. Nor has he ever been associated with them. He organized a Minnesota delegation to the Million Man March in 1995 where Nation of Islam leader Louis Farrakhan spoke (along with many, many other people), but that’s hardly an “association.”

While in college, Ellison also wrote a few positive articles about Farrakhan — while, again, not actively being associated with him or the Nation of Islam — which he has since said he regrets having written. He said he wrote them before having “adequately scrutinized the positions” of Farrakhan’s group and now says he believes “they were and are anti-Semitic.”

Lots of people go through phases in high school and college and later grow out of them. Ellison is and was no more “associated” with the Nation of Islam than I’m “associated” with third wave ska. And I would hate to have my attendance at a significant number of “Less Than Jake” shows held against me today.

Speaking out against Joyner’s rant against Ellison, interestingly enough, was his own daughter, climate change and environmental activist Anna Jane Joyner: 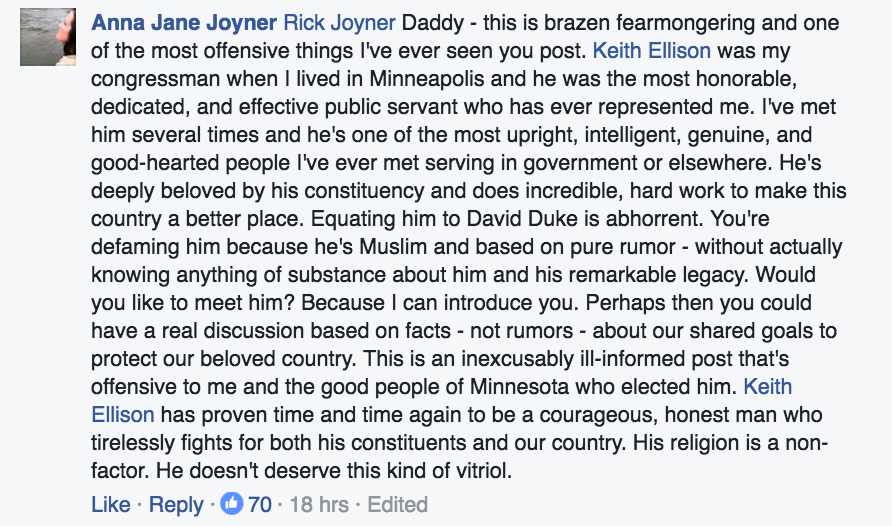 Daddy — this is brazen fearmongering and one of the most offensive things I’ve ever seen you post. Keith Ellison was my congressman when I lived in Minneapolis and he was the most honorable, dedicated, and effective public servant who has ever represented me. I’ve met him several times and he’s one of the most upright, intelligent, genuine, and good-hearted people I’ve ever met serving in government or elsewhere. He’s deeply beloved by his constituency and does incredible, hard work to make this country a better place. Equating him to David Duke is abhorrent. You’re defaming him because he’s Muslim and based on pure rumor — without actually knowing anything of substance about him and his remarkable legacy. Would you like to meet him? Because I can introduce you. Perhaps then you could have a real discussion based on facts — not rumors — about our shared goals to protect our beloved country. This is an inexcusably ill-informed post that’s offensive to me and the good people of Minnesota who elected him. Keith Ellison has proven time and time again to be a courageous, honest man who tirelessly fights for both his constituents and our country. His religion is a non-factor. He doesn’t deserve this kind of vitriol.

It sure would be nice if she could get through to him. 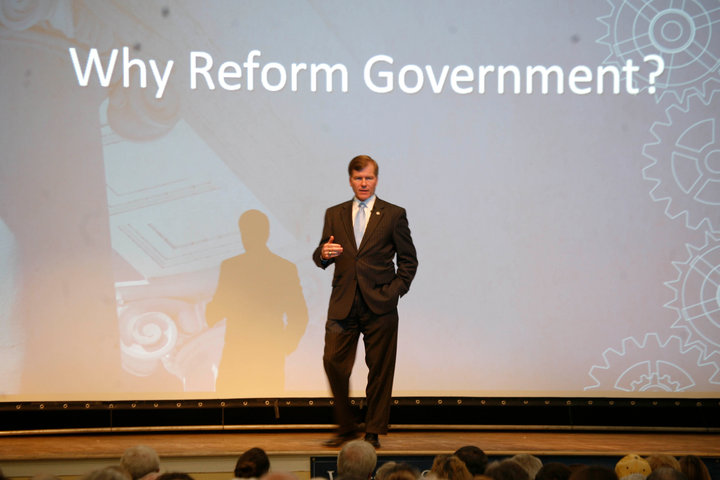