In 2013, the Kansas State Board of Education was sued for the unbelievable crime of promoting atheism by way of evolution. (It was hard to believe, in part, because it meant Kansas was teaching evolution. Incredible!)

The group that filed the lawsuit was Citizens for Objective Public Education, Inc. (COPE), and they did it because they believed the new science standards adopted by the Board of Education, which included the teaching of evolution, were endorsing a godless worldview: 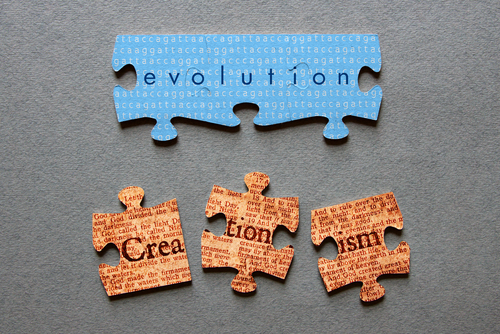 Because if you’re not teaching Creationism or Intelligent Design, you must automatically be pushing anti-Christian ideas…

Let’s be clear: The state standards by no means pushed atheism. They were teaching evidence-based reality. If that contradicts your religious views, that’s your problem.

At least a judge recognized how silly it all was. U.S. District Judge Daniel Crabtree (who said in 2014 that a gay marriage ban in Kansas was unconstitutional) dismissed COPE’s lawsuit. Not because it was frivolous, per se, but because they didn’t show how the science standards affected them in any meaningful way. And if they weren’t affected, then what right did they have to sue?

It’s not very often that you hear this, but the Kansas State Board of Education was on the right side of the science debate.

COPE didn’t give up the fight, though. They filed an appeal. And this past April, thankfully, the appeals court upheld the original ruling:

… the Standards do not condemn any or all religions and do not target religious believers for disfavored treatment. And COPE offers only threadbare assertions that the Standards intend to promote a non-religious worldview. Thus, COPE’s allegations regarding adoption amount to psychological consequences produced by observation of conduct with which it disagrees.

COPE argues it suffered three injuries sufficient to support standing. It contends first that the adoption of the standards created an actual injury both by adopting a religious symbol and by breaching parents’ trust in the Kansas school system. It also argues that future injury is imminent because the standards compel Kansas schools to teach objectionable material. Finally, it alleges that two appellants have standing as taxpayers who object to their tax dollars being used for religious (or anti-religious) purposes. Each of COPE’s arguments fails.

That didn’t stop COPE from trying again in August, this time appealing to the U.S. Supreme Court. They wanted the Court to answer a simple question:

Do theistic parents and school children have Article III standing to challenge their state’s establishment of a 13 year K-12 program of education designed to supplant the children’s theistic religious beliefs with non-theistic religious beliefs that are materialistic/atheistic in violation of their rights under the Establishment and Free Exercise Clauses of the First Amendment and the Equal Protection Clause of the 14th Amendment?

And as of yesterday, meaningless, because even the Supreme Court doesn’t want to deal with it. They decided not to take the case, so the previous decision will stand and this fight is finally over.

“This is a case that was frivolous from the get-go,” commented NCSE’s executive director Ann Reid, noting that the federal courts have consistently recognized (in the words of McLean v. Arkansas) “that evolution is not a religion and that teaching evolution does not violate the Establishment Clause.” She added, “It’s a shame that Kansas was forced to devote resources to fighting this case instead of educating its schoolchildren.”

It never should’ve gotten this far. As science advocates have repeatedly said (much to the chagrin of many vocal atheists), evolution isn’t anti-religious. There are ways to reconcile your faith with reality if you so choose. But COPE’s lawsuit wasn’t serious. There was no conspiracy. There was no actual grievance. And this distraction is now gone.

(Via the National Center for Science Education. Image via Shutterstock. Large portions of this article were posted earlier)

November 15, 2016
What Islam Really Teaches About Slavery
Next Post