Dr. Ben Carson Will Not Serve in Donald Trump’s Administration

Dr. Ben Carson, who showed the world that not all brain surgeons are necessarily smart, was on the shortlist for Donald Trump‘s Secretary of Education as recently as a few days ago. But Politico is now reporting that Carson will not serve in Trump’s administration in any capacity. 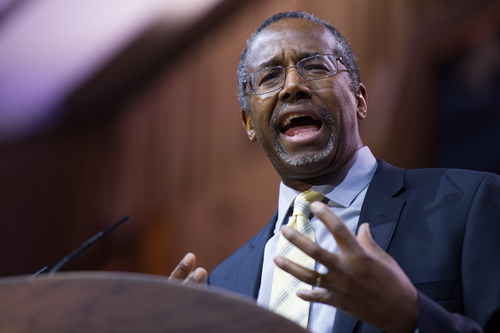 “He has no interest in a cabinet position, or any position in the administration,” Carson adviser Armstrong Williams told POLITICO.

Carson has been frequently mentioned as a possible Health and Human Services or Education secretary. But Williams said Carson believes he can better serve President-elect Donald Trump as an outside adviser, given Carson’s lack of governing experience.

“It’s not an issue of him turning down anything,” Williams said. “It was clear that he had his pick of what he wanted to do.”

If that’s true, then maybe even Carson wanted nothing to do with the dumpster fire that will soon be the West Wing. That might be giving him too much credit, though. It’s entirely possible that he just sees more opportunity outside the White House, where he can deliver speeches for good money and preach whatever conspiracy theories his heart desires. Why turn that down for a job where you get paid less, have more responsibilities, and receive even more criticism than usual?

This is probably not how Trump envisioned it, but Carson walking away from his administration is one way to drain the swamp.

November 15, 2016
Penn Jillette's Magic Trick in Honor of the Next President
Next Post

November 15, 2016 Fox News' Todd Starnes Gloats After Radio Station Drops Atheist Show to Switch to Christmas Music
Browse Our Archives
What Are Your Thoughts?leave a comment