This is a welcome development in the world of medicine.

Pediatricians are increasingly refusing to see parents who won’t vaccinate their kids in order to protect their other patients. And they’re finally getting the institutional support they need from the American Academy of Pediatrics. 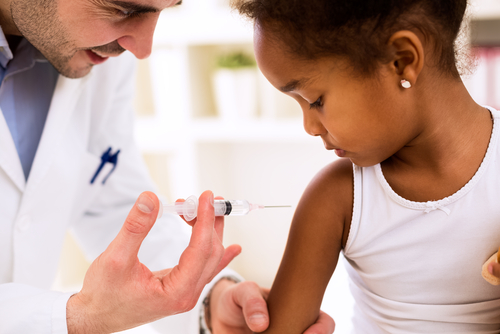 Here’s what’s happening at one practice in Oregon:

At the large Salem, Ore., pediatric practice where Mark Helm is a partner, clinicians eventually felt that their top priority was to protect their many medically fragile patients, including children with cancer or weak immune systems and infants not yet old enough to be fully vaccinated. Last year, Childhood Health Associates of Salem became the first practice in Oregon to require all of its families to vaccinate their children fully and on schedule for the diseases most easily spread from person-to-person contact.

“Our policy happened because it simply did not seem ‘just’ to permit the kids who could not be vaccinated to face dire risks because another child’s parent ‘disbelieved’ vaccination,” Helm explained. “We did not want anyone to get measles because they passed through our waiting room.”

There’s a natural inclination to see this as too harsh. After all, these anti-vaxxer parents may be ignorant, but their kids still need care, right? Isn’t it cruel to deny them access to other kinds of medical help?

Remember this: Only a minority of doctors say they refuse unvaccinated patients — only 1 in 8, as of 2013, according to the AAP. And by refusing to get their kids vaccinated, parents are essentially saying two things: they don’t care about their own kids’ health, and they don’t care about anyone else’s either. If those parents are putting other kids at risk because of their own negligence, the doctors have a duty to protect the patients who are following their advice.

This is common sense, not a conspiracy. If parents are going to ignore your advice, then it makes sense to cut them loose and help the patients who take your expertise seriously.