Donald Trump is President-elect. How the hell did we get to this point? John Oliver tried to answer that question on Last Week Tonight: 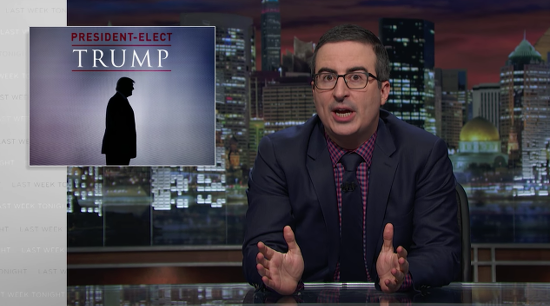 He didn’t say this outright, but he definitely suggested it: With our media diets getting increasingly partisan, it’s more important than ever before that we correct false stories as quickly and effectively as we can.

We need debunkers almost as much as we need credible journalists, because while great reporting from the New York Times or Washington Post might not reach your Facebook friends inside their bubbles, your own posts spreading those stories and documenting lies in poorly reported ones can get through. You have the ability to change minds even when the media doesn’t.

If you don’t use that power, those lies will continue to spread.