Pastor John Piper hosts a podcast in which he offers advice, and the saddest thing about his latest episode may have been the question asked by one of his listeners. A man whose wife suffered a miscarriage wanted to know if his “struggle with lust and pornography” had anything to do with it. 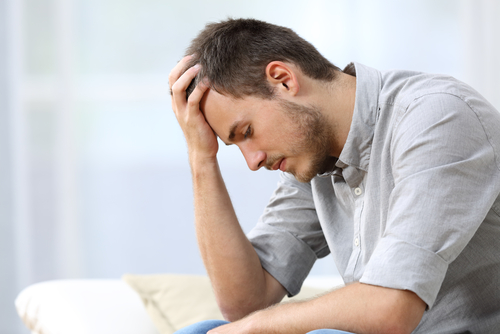 The correct answer — as even people without a medical degree can tell you — is no. There’s no cosmic link between your browsing history and your wife’s womb. Miscarriages happen all the time. They happen to a lot of women. They happen without cause. And if you’re excited by the prospect of a new child, that can be devastating. Doctors will also say, however, that miscarriages are nobody’s fault, and they’re absolutely right.

So what did Piper say?

Every loss that we endure as sinful children of God have two designs: one from Satan, one from God. Satan designs our unbelief and rebellion and renunciation and guilt and paralysis and loss of faith. God designs our purification and that we would hope less in this world and more in God who raises the dead.

I don’t know whether our friend who wrote this question lost his child in miscarriage as a direct discipline from God because of his pornography. I do not know. He does not know. I do know that in the loss of the child, God wills a new humility and a new submission and a new faith and new purity through the pain of this loss.

To even let that possibility linger, as if a man’s fantasies could kill his unborn child, is simply cruel.

It’s possible the man’s wife will have another miscarriage in the future. If the man never masturbates again from this point forward, what’s Piper’s excuse going to be then? I don’t know. He doesn’t know. But I do know that it’ll be bullshit masquerading as God’s Word.

(Image via Shutterstock. Thanks to Joey for the link)

November 14, 2016
Michael Moore: Don't Call Yourself a Christian If You Won't Defend Victims of Trump's Bigotry
Next Post