Televangelist Jim Bakker: Donald Trump’s Victory Is “The Greatest Miracle I Have Ever Seen”

Televangelist Jim Bakker, who has been selling giant buckets of (awful) food as a way to protect people during the Apocalypse, was taping a live show Tuesday night when election results came in. 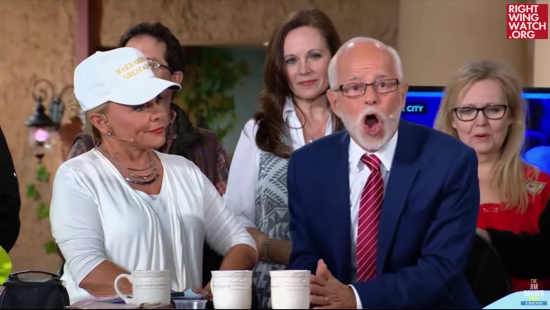 Bad polling can always be cured with better polling, but dumb luck is a crapshoot in which the odds never improve.

Kyle Mantyla at Right Wing Watch asks the logical question: “Now that Trump has saved America, does that mean Bakker can stop relentlessly pushing the sale of his End Times survivalist food buckets?”

You know he won’t. Even when times are good for you, you can always sell fear.

November 11, 2016
Dr. Ben Carson is on the Shortlist to Become Donald Trump's Secretary of Education
Next Post

November 11, 2016 Asra Nomani, an Immigrant and a Reformer of Islam, Explains Why She Voted For Donald Trump
Browse Our Archives
What Are Your Thoughts?leave a comment