Asra Nomani, an Immigrant and a Reformer of Islam, Explains Why She Voted For Donald Trump November 11, 2016 Terry Firma

Asra Nomani, an Immigrant and a Reformer of Islam, Explains Why She Voted For Donald Trump

You can be forgiven for doing a double take. (I know I did.) Asra Q. Nomani, a former Wall Street Journal reporter and a co-founder of the Muslim Reform Movement, voted for Donald Trump. Of particular note: Nomani is a woman of color, a Muslim, and an immigrant.

She explained her motives in a controversial piece for the Washington Post. 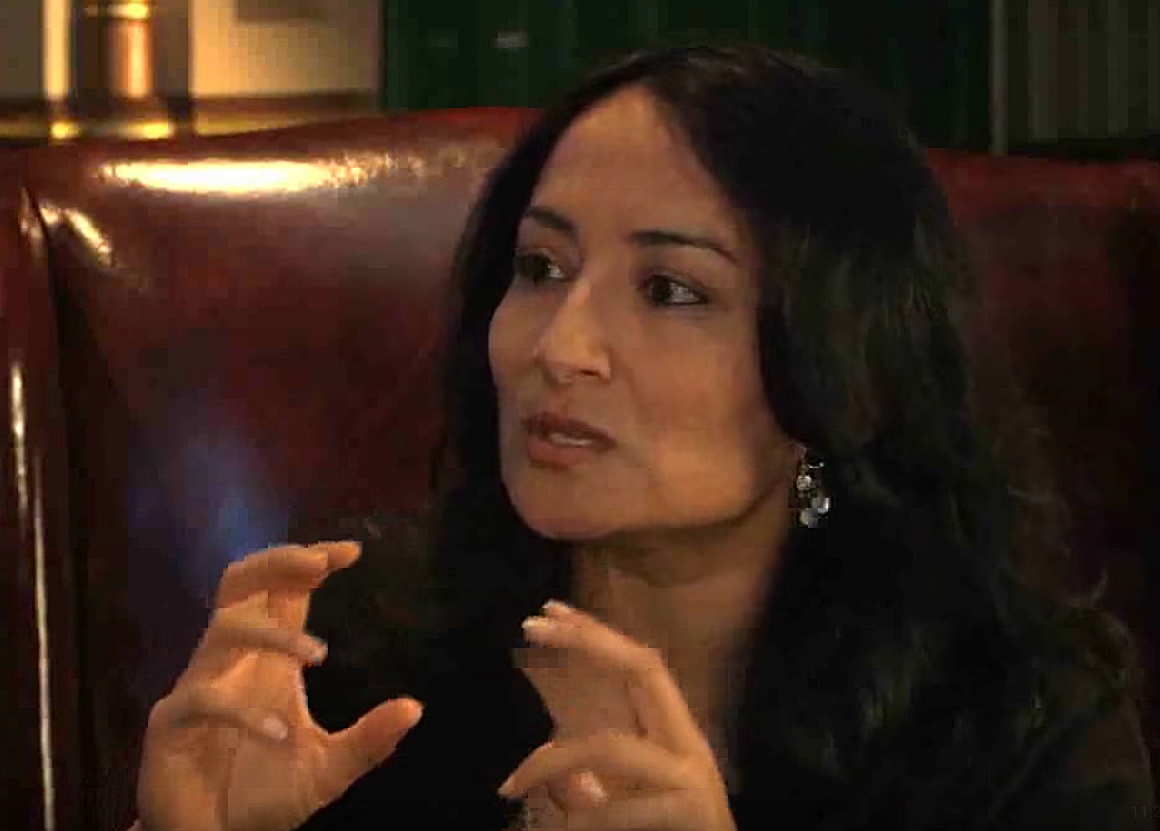 I — a 51-year-old, a Muslim, an immigrant woman “of color” — am one of those silent voters for Donald Trump. And I’m not a “bigot,” “racist,” “chauvinist” or “white supremacist,” as Trump voters are being called, nor part of some “whitelash” …

After Hillary Clinton called Trump to concede, making him America’s president-elect, a friend on Twitter wrote a message of apology to the world, saying there are millions of Americans who don’t share Trump’s “hatred/division/ignorance.” She ended: “Ashamed of millions that do.” That would presumably include me — but it doesn’t, and that is where the dismissal of voter concerns about Clinton led to her defeat. I most certainly reject the trifecta of “hatred/division/ignorance.” I support the Democratic Party’s position on abortion, same-sex marriage and climate change.

So what gives? Why the turn to Trump?

I am a single mother who can’t afford health insurance under Obamacare.

OK. Let’s see how she’ll like Trumpcare, then, an initiative that seems likely to leave 16 million more Americans uninsured.

The people who run Hope Now claim to have helped a not-too-shabby one million homeowners escape foreclosure during the subprime-mortgage meltdown — a disaster that, to be fair, happened on George W. Bush‘s watch. Nomani doesn’t say what her gripes are, or why she apparently didn’t qualify, or why she blames the Obama administration. But again, a good question might be what assistance President Trump would offer afflicted homeowners instead. GOP party heads are not normally known for their financial generosity towards incautious or down-on-their-luck buyers.

Tuesday, I drove into Virginia from my hometown of Morgantown, W.Va., where I see rural America and ordinary Americans, like me, still struggling to make ends meet, after eight years of the Obama administration.

Obama helped create a respectable number of jobs (9 to 14 million, depending on how you run the numbers). The official unemployment rate was 7.8% when he took office in 2009, ballooned briefly that year, and has since made its way down to five percent, only a notch higher than it was in the last year of the Bush era.

It’s indubitably true that the recovery hasn’t lifted all boats (why not is a question that believers in trickle-down economics should answer, pretty-please). It’s also a fact that life can be economically tough in places like West Virginia and the other rust-belt states that carried Trump to victory. Personally, I don’t believe that the Trump administration will manage to substantially turn those places around, though maybe to local voters it matters more to give a belated middle finger to trade agreements like NAFTA. In that case, Trump is easily their man.

It seems that Nomani’s main reason for rejecting the Obama-Clinton doctrine and marking her ballot for Trump is this:

[A]s a liberal Muslim who has experienced, first-hand, Islamic extremism in this world, I have been opposed to the decision by President Obama and the Democratic Party to tap-dance around the “Islam” in Islamic State. Of course, Trump’s rhetoric has been far more than indelicate and folks can have policy differences with his recommendations, but, to me, it has been exaggerated and demonized by the governments of Qatar and Saudi Arabia, their media channels, such as Al Jazeera, and their proxies in the West, in a convenient distraction from the issue that most worries me as a human being on this earth: extremist Islam of the kind that has spilled blood from the hallways of the Taj Mahal hotel in Mumbai to the dance floor of the Pulse nightclub in Orlando, Fla. …

The revelations of multimillion-dollar donations to the Clinton Foundation from Qatar and Saudi Arabia killed my support for Clinton. Yes, I want equal pay. No, I reject Trump’s “locker room” banter, the idea of a “wall” between the United States and Mexico and a plan to “ban” Muslims. But I trust the United States and don’t buy the political hyperbole — agenda-driven identity politics of its own — that demonized Trump and his supporters.

Nomani doesn’t believe that under President Trump, things will get a lot worse for her and her fellow Muslims.

[A]s a child of India, arriving in the United States at the age of 4 in the summer of 1969, I have absolutely no fears about being a Muslim in a “Trump America.” The checks and balances in America and our rich history of social justice and civil rights will never allow the fear-mongering that has been attached to candidate Trump’s rhetoric to come to fruition.

This seems like a careless, Pollyannaish take to me. Trump is on the record with his proposed policies towards Muslims. He declared he wants

“…a total and complete shutdown of Muslims entering the United States until our country’s representatives can figure out what the hell is going on.”

I don’t know why Nomani isn’t worried about so illiberal and un-American a policy proposal, although it may be an encouraging sign (and a point in her favor) that just yesterday, Trump aides quietly erased all mentions of the ban-Muslims plan from their boss’s website… though, as if to confirm the earlier concerns, Trump’s team put it back on the site last night, calling the earlier removal nothing more than a technical glitch.

Nomani is surely right when she concludes that

We have to stand up with moral courage against not just hate against Muslims, but hate by Muslims, so that everyone can live with sukhun, or peace of mind.

And she has a point about the euphemisms (and a few out-and-out lies) that both President Obama and Secretary of State Hillary Clinton employed to avoid saying that some of the core ideology of Islam, not some bizarre fringe interpretation, leads to so much obscene violence in the name of that religion. I’ve made that same argument a few times; others have too. It is false to say, as Obama did, that “ISIL is not Islamic,” or that “no religion condones the killing of innocents.”

How Nomani goes from a reasonable complaint along those lines to jumping into Trump’s arms, I truly can’t fathom. It’s not like President Xenophobe’s words, unmediated and straight from his own mouth, lack clarity. More than once, he’s tarred all Muslims with the same hateful brush. Donald Trump’s through-the-looking-glass ascendance gives license to all kinds of extreme unpleasantness against minorities, Muslims included.

I would love to say, four years from now, that Nomani was prescient, and that law-abiding U.S. Muslims haven’t been treated with increased levels of gleeful prejudice while Trump occupied the White House. Sadly, I consider that likelihood vanishingly small.

November 11, 2016
Televangelist Jim Bakker: Donald Trump's Victory Is "The Greatest Miracle I Have Ever Seen"
Next Post