The United States just elected a man who thinks climate change is a hoax and whose running mate thinks evolution is a hoax. And in Britain, where the European Union funded a good chunk of research, the Brexit vote has left scientists scrambling for resources.

What should scientists do if they’re looking for federal funds for research and a community in which they receive the respect they deserve?

Richard Dawkins, writing for Scientific American, urges New Zealand to put out the welcome mat for them. 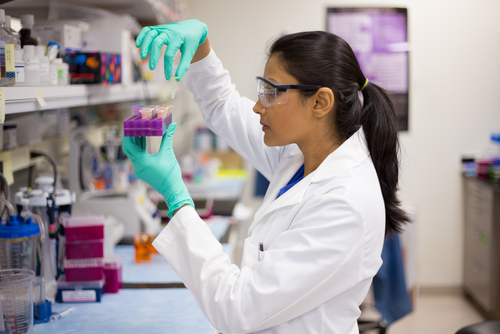 There are top scientists in America and Britain — talented, creative people, desperate to escape the redneck bigotry of their home countries. Dear New Zealand, you are a deeply civilized small nation, with a low population in a pair of beautiful, spacious islands. You care about climate change, the future of the planet and other scientifically important issues. Why not write to all the Nobel Prize winners in Britain and America, write to the Fields medalists, Kyoto and Crafoord Prize and International Cosmos Prize winners, the Fellows of the Royal Society, the elite scientists in the National Academy of Sciences, the Fellows of the British Academy and similar bodies in America. Offer them citizenship. The contribution that creative intellectuals can make to the prosperity and cultural life of a nation is out of all proportion to their numbers. You could make New Zealand the Athens of the modern world.

It’s not a bad idea, if scientists actually want to move there, but the funding may be an issue. The NZ Herald explains:

The Government this year included $410.5 million in its Budget for science and innovation; that compared with the $30 billion the US federal government spent on science last year.

Other scientists in the nation were quick to point out that the scientists Dawkins referred to — the Nobel Prize winners and the like — were probably the people who least need refuge in another country. If New Zealand is going to welcome foreigners, why not take in refugees who really have nowhere else to go?

“The idea that we should make an offer of citizenship to a group of privileged, wealthy, and overwhelmingly white scientists as ‘intellectual refugees’ when we have stubbornly refused to pull our weight in accepting non-white refugees despite serious recent need is obscene,” she said.

I doubt Dawkins was thinking of this as a zero-sum game, but I get his point. There should be a country willing to fund science and count some of the brightest minds in the world among its citizenry. Britain and the U.S. are clearly looking in the other direction right now.

November 11, 2016
An Ignorant Petition to Ban an After School Satan Club Has More Than 87,000 Signatures
Next Post