In case you need another data point to show how hypocritical evangelical Christians are, they’re already plotting to un-marry gay and lesbian couples. Because if there’s one thing they hate more than LGBT people, it’s happily married LGBT people who aren’t ruining society like Jesus predicted they would.

On the first day after Donald Trump‘s election, the National Organization of Marriage laid out their plan for overturning marriage equality and ruining the lives of any and all LGBT individuals: 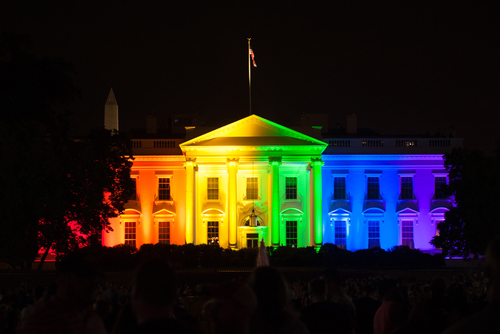 We will work with President Trump to nominate conservative justices to the U.S. Supreme Court, individuals who will adhere to the words and meaning of the constitution. Such justices will inevitably reverse the anti-constitutional ruling of the Supreme Court imposing same-sex ‘marriage’ on the nation in the Obergefell decision, because that decision lacked any basis in the constitution.

We will work with President Trump to rescind the illegal, over-reaching executive orders and directives issued by President Obama, including his dangerous “gender identity” directives, attempting to redefine gender just as he sought to redefine marriage.

We will work with President Trump to reverse policies of the Obama administration that seek to coerce other countries into accepting same-sex ‘marriage’ as a condition of receiving US assistance and aid. It is fundamentally wrong for a president to become a lobbyist for the LGBT agenda, and we are confident that will end in the Trump administration.

We will work with President Trump and Congress to pass the First Amendment Defense Act (FADA), which Mr. Trump supports. FADA is critical legislation to protect people who believe in marriage from being targeted by the government for persecution.

Forcing transgender people to pee and change in the wrong bathroom? Check.

Preventing the spread of human rights overseas, where gay people may be subject to the death penalty? Check.

Protecting Christians from getting paid to bake a cake for gay customers? Check.

Actually, regarding that last bit about FADA, Joe Jervis points out that NOM is really the only Christian group still supporting it:

NOM remains the sole national hate group to support the First Amendment Defense Act. The Family Research Council, the Liberty Counsel, and the American Family Association all withdrew their support after new language was added which would also legalize discriminating against married straight couples on the the basis of “sincerely held religious belief or moral conviction.”

In any case, at no point did Obama ever force pastors to marry gay couples, or force churches to accept homosexuality, or any of the other various lies Christians told each other when the rest of the country was becoming more loving and accepting. But now that they have the power, they have every intention of making sure gay people know they are unwelcome here, and Christians will make sure they cannot be open, out, or happy.

We know Vice President Mike Pence is an anti-gay bigot. But what will Donald “friend to the gays” Trump do? It’s unlikely he’ll suddenly do the right thing after two years of doing the opposite to gain evangelical votes.

November 10, 2016
Nigerian "Prophet" Who Said Hillary Clinton Would Win the Election Deletes His Prediction
Next Post