Tim Smith, an openly atheist New Hampshire State Representative since 2012 running for another term in the State House in the Hillsborough 17 District, has won his bid for re-election. 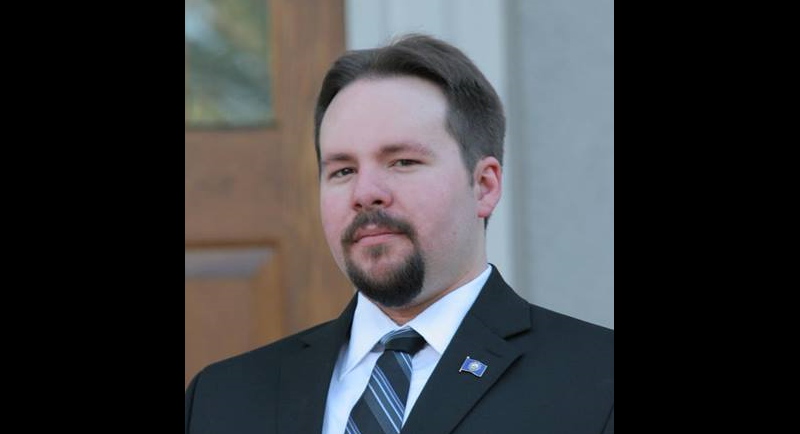 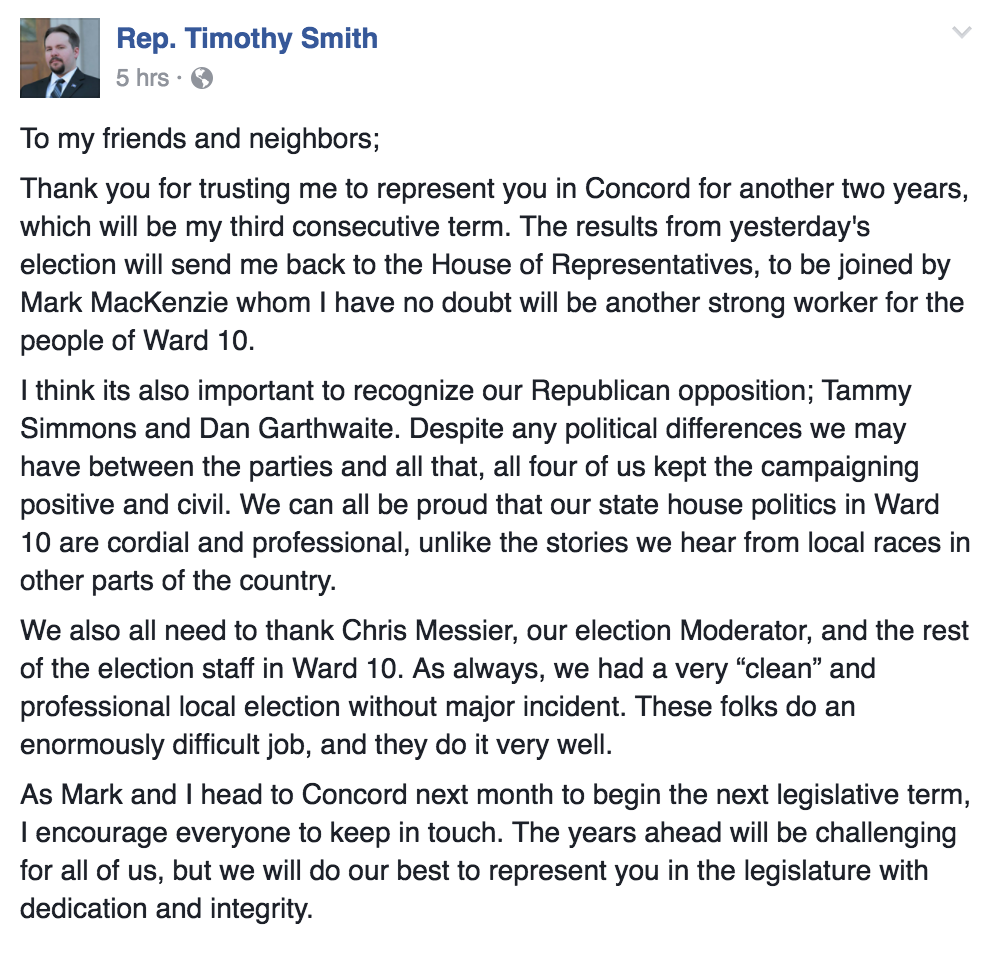 This is Smith’s biography, as offered by the Freethought Equality Fund, which endorsed him earlier this year:

Tim Smith is seeking re-election to New Hampshire’s State House in the Hillsborough District 17. Smith is a lifelong atheist. He is also a Major in the Civil Air Patrol and a member of the New Hampshire Democratic State Committee. Smith was first elected in 2012 and is serving in his second term. He promotes policy that will empower everyday people to improve their circumstances such as supporting public education and ensuring a viable social safety net. Smith has introduced legislation to protect rape victims from child custody lawsuits, enhanced penalties for corrupt contractors and corporate criminals, and a constitutional amendment to overturn the Citizens United Supreme Court decision. He is running with one other Democrat, against three Republicans, for the two seats in the district.

Congratulations to him on another victory!