Will Hillary Use Her “Jezebel Spirit” Powers to Steal the Election? November 8, 2016 Robyn Pennacchia

Will Hillary Use Her “Jezebel Spirit” Powers to Steal the Election? 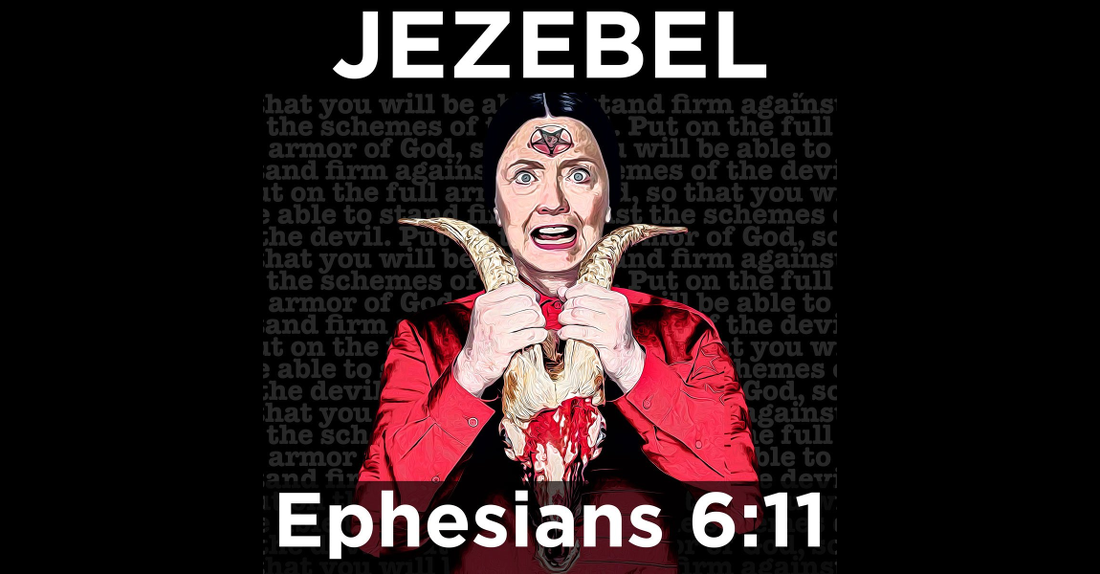 According to Jay Stone, a guest writer at Gateway Pundit, home of “Stupidest Man on the Internet” Jim Hoft, the posters are somehow meant to discourage people from voting Hillary and to arm themselves against her Jezebel-ish schemes.

You know, because she’s been doing a bunch of “Spirit Cooking” and bad performance art in hopes of using the Devil’s powers to win the election. (Spirit Cooking, according to evangelist Joshua Feuerstein, involves no less than drinking semen and blood and making sacrifices to Satan.)

“Talk of “spirit cooking” has been swirling on the Internet since a Friday release of Wikileakes [sic] emails. In one of the emails, Tony Podesta asks his brother if he is able to attend a “Spirit Cooking dinner” hosted by Marina Abramovic. Abramovic is Serbian performance artist known for occult-inspired art using bodily fluids.

Some of the posters make reference to a Bible verse, Ephesians 6:11. The verse says “Put on the full armor of God, so that you can take your stand against the devil’s schemes.” The entire passage is from Ephesians 6:10-20 and is often referred to as “The Armor of God.”

Some Christians have questioned whether Hillary has a Jezebel Spirit, a type of demonic spirit according to many Christians.“

Oooh! A Jezebel spirit! That sounds fun! More fun than “Spirit Cooking,” honestly, but I’ve never been one for performance art. It’s a little sexist, though, when you think about it. Hillary only gets to have a demonic spirit, but Obama got to be the actual, full-on Antichrist?

November 8, 2016
Ray Comfort: You Should Not "Trust An Atheist With Your Teenage Daughter"
Next Post