Texas Pastor Can’t Decide Which Candidate is Better Because Neither is “Christian” Enough November 8, 2016 Hemant Mehta

In Austin, Texas, Pastor Rodney Shaw of New Life Church told a local news reporter that this election was a very difficult one for him because neither of the candidates demonstrated “a clear Christian message.”

He must not have looked very hard since the election was between a misogynistic, bigoted, pussy-grabbing, anti-Muslim, thrice-married, constantly lying Republican who never seeks forgiveness from God… and a Methodist who frequently brings up the Bible in her speeches, has (on occasion) taught Sunday School, and selected a devout Catholic who did missionary work as her running mate.

But she’s a Democrat. SO WHAT’S A PASTOR TO DO?! 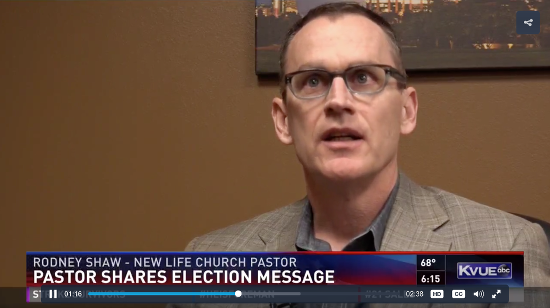 With candidates Donald Trump and Hillary Clinton being the two main choices, Pastor Shaw told KVUE News he personally does not feel there is a clear Christian choice.

That’s just the politically correct way of saying he can’t vote for Hillary Clinton because she trusts women to control their own bodies instead of bearing their rapists’ babies. Or that he doesn’t trust a woman to rule over him. Or that a candidate who embraces LGBT people instead of denouncing them and ruining their lives goes against everything he stands for.

What a luxury problem, too. As if Shaw can only vote for a candidate whose faith aligns with his own.

As an atheist who has never had the opportunity to vote for an open atheist at the highest levels of government, I can safely say the rest of us in this country got over that one a long time ago. It doesn’t matter what a candidate’s beliefs are. What matters is whether they’ll respect your right to believe.

Donald Trump has made very clear that if he gets elected, non-Christians are fucked. Muslims could be banned from entering the country, Christians will be allowed to promote candidates from the pulpit without losing their churches’ tax exemptions, and faith-based bigotry would be acceptable (just as Mike Pence advocated in Indiana).

But apparently voting for Clinton is just as bad because she supports religious freedom instead of Christian privilege.

(Thanks to DedHed for the link) 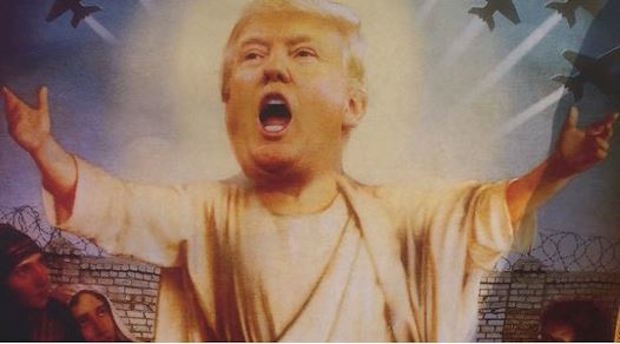