Juan Mendez, an open atheist who was running for the Arizona State Senate in District 26, has officially won his race. This makes him one of the highest ranking atheist politicians in the country, joining Nebraska State Sen. Ernie Chambers (who appears to be cruising to re-election himself right now). 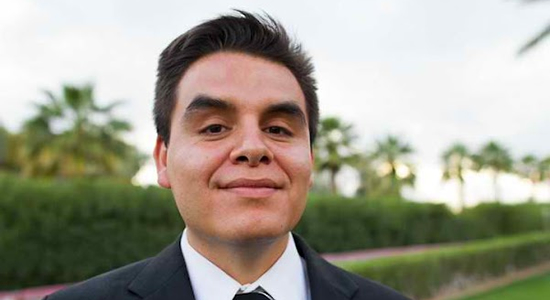 Mendez has long been on our radar, having served as a legislator in the Arizona State House since getting elected in 2012. He memorably delivered a godless invocation on the House floor and gave up his seat for this chance to run for the State Senate.

This is Mendez’s biography, as offered by the Freethought Equality Fund, which endorsed him earlier this year:

Juan Mendez, currently a member of the Arizona State House, is seeking election to Arizona’s State Senate in the 26th Legislative District. Mendez identifies as an atheist and has made national headlines in his effort to deliver secular, rather than religious, invocations at the opening of House sessions. He has a passion for politics and social justice, which is reflected in his commitment to build strong communities by strengthening public schools, public universities and other public services to “restart the American dream of upward mobility for everyone, regardless of privilege.” Mendez won his contested Democratic primary on August 30. This is an open seat with the current Democratic incumbent not seeking re-election.

He chose to walk away from his seat in the Arizona House to run for the State Senate.

That bet appears to have paid off.

November 8, 2016
Oklahomans Wisely Reject Amendment That Would Have Allowed Taxpayer Money to Fund Religion
Next Post