“My Vote Doesn’t Count” is a Bigger Myth than God November 7, 2016 Hemant Mehta

“My Vote Doesn’t Count” is a Bigger Myth than God

This is a guest post written by Pamela Whissel, editor-in-chief of American Atheist magazine. 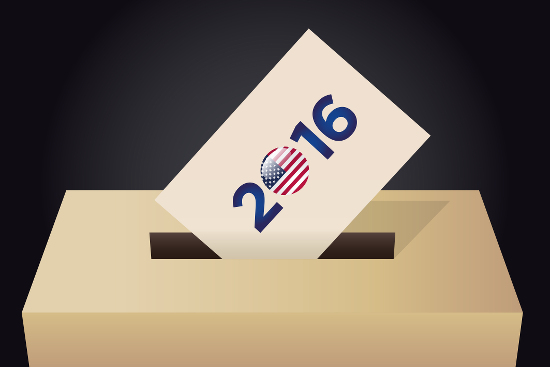 Democracy is a lot like atheism. Both are grounded in the belief that there is no sovereign, no ultimate arbiter of right and wrong who will steer us in the proper direction if we just listen closely enough and, most importantly, obey.

Not everyone in a democracy is an atheist, and not all atheists think democracy is a good idea, but atheists in America do. So why is it that atheist voter turnout is so low? There are probably as many reasons as there are non-voters, but after years of listening to people talk about all aspects of voting, I’ve come to understand that a lot of us have never had the opportunity to take a close look at what democracy is and what it isn’t.

Democracy is born of the understanding that when more than a handful of human beings are thrown together, at least some of them will want to govern. The problem of deciding who ends up in charge can be solved in a number of ways. Birthright and force have been the two most common in history. Other choices include lotteries, omens, and default. Democracy solves the problem by placing the burden of the decision squarely on your shoulders and mine. And I do mean burden because democracy is not easy; it was never meant to be. Just like the word “god,” the word “easy” appears nowhere in the Constitution.

Democracy is not a synonym for freedom because it doesn’t promise that you will get your way — not even once in your life — after the votes are counted. Democracy doesn’t guarantee voting procedures without deep flaws and deliberate complications (but it does offer ways to fix them, albeit with a lot of work and never overnight).

In the equation of democracy, staying home on Election Day does not make a statement because, unlike a restaurant menu, ballots often come with no appealing choices. But the purpose of an election isn’t to provide us with a satisfying experience. The purpose is to decide who will govern.

When there is an appealing candidate, but you’re convinced they have no chance of winning — even with your vote — or when there is an appealing candidate you’re convinced couldn’t possibly lose — even without your vote — our responsibility is not diminished one bit. Every time we cast a vote, we’re doing more than choosing a candidate. We are voting for democracy itself, which needs every one of our votes in every single election because it does come with a guarantee that it is fragile.

If there’s any disadvantage to living in a democracy that’s worked so well for so long, it’s that it’s natural to assume ours will last forever. Right now, there are people living all over the world who mistakenly assumed the same thing about their own democracies. There may have been significant differences between theirs and ours, but that doesn’t justify our complacency.

The realities of democracy are the same for everyone, but for atheists, there’s an additional truth. Not voting is the very antithesis of atheism just like making god your co-pilot is the very antithesis of atheism. There’s no point in refusing to rely on a deity to govern the course of your life if you leave it to other people (such as Evangelical Christians) to determine the circumstances of your government.