Joshua Feuerstein: Hillary Clinton is Satan and Her Supporters Would’ve Voted for Hitler

Joshua Feuerstein, the online Christian evangelist who has never heard a lie he couldn’t repeat with utmost confidence, is back with a new vertical video all about the Donald Trump assassination attempt that never happened, how Hillary Clinton takes part in Satanic rituals involving the drinking of semen and blood, and how her supporters would also have voted for Hitler. 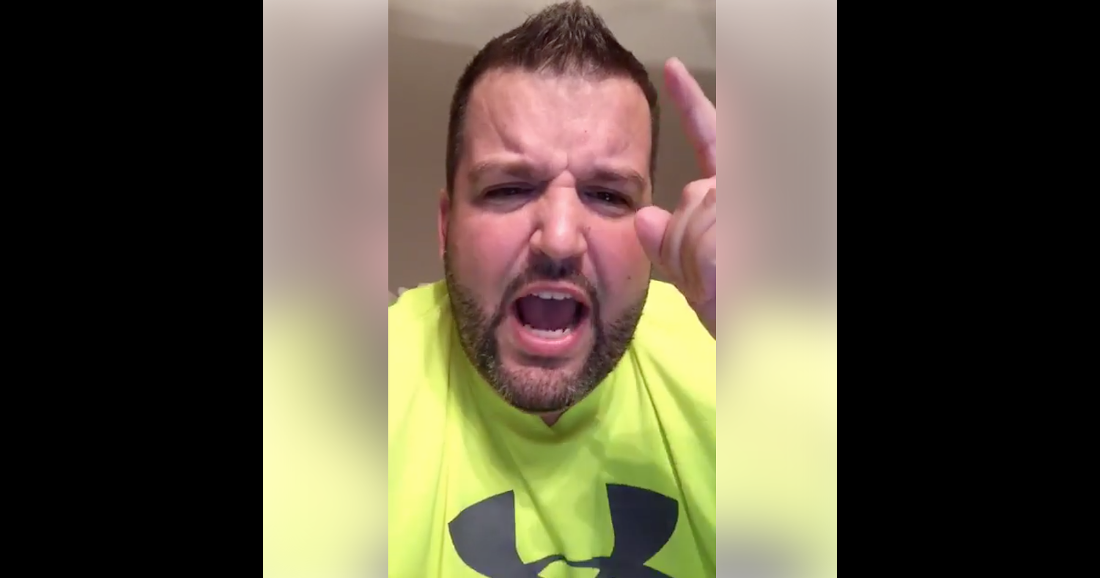 Just to preface that bit about the “assassination” attempt, what actually happened, according to all credible news reports, was that someone at a Saturday night Trump rally yelled the word “gun” and chaos ensued. Secret Service escorted the candidate offstage and his surrogates spent the next 24 hours pretending that he dodged an attempt at his life (probably coordinated by Democrats). It wasn’t. (Now imagine, if you will, that all those rally attendees had guns at their side, which is what Trump wants…)

It’s not like it took long for the news networks to report that this wasn’t an attempt at Trump’s life. They knew it a few minutes after it happened. Not that Feuerstein cared. He’ll lie for Jesus before he ever tells a truth he doesn’t like. And then, after spreading that falsehood, he only got worse.

… Hillary Clinton is a liar. She is a murderer. She hates the unborn. And she hates God. In fact, there’s even stuff coming out now showing that she’s been taking part in Satanic rituals — guys, seriously — where they drinks semen and drink blood and make sacrifices to Satan. This is ridiculous, ladies and gentlemen! She is for everything that God is against…

I don’t know how to break this to you all, but there’s no evidence whatsoever that Clinton pleasures Satan with bodily fluids.

Feuerstein is just following the lead of infamous right-wing conspiracy theorists who saw a WikiLeaks email that referred to something called “Spirit Cooking” and assumed that’s what it meant. That’s not what it meant. Feuerstein, as usual, is full of shit.

But he didn’t stop there.

… Let me tell every single one of you quote-unquote “Christians” out there that say that you’re going to vote for Hillary, you are voting for the reincarnation of Satan Herself. She has demonic principles…

Feuerstein also urged pastors to get involved in the political process. He didn’t explicitly tell them to endorse Trump from the pulpit, though that was certainly the implication. Either he’s ignorant of the Johnson Amendment or doesn’t care that churches, like all non-profits, are forbidden from promoting candidates if they want to hold onto their churches’ tax exemptions.

He also pushed back against his critics for saying he’s racist. (Earlier this year, he blamed the Black Lives Matter movement for the death of several cops.)

… you know what’s funny is people that try to come against me to say that I’m racist. Do you realize that I lived in Mexico, for almost a year, doing mission’s work [sic], when I didn’t have to? How in the world am I racist?

When your defense against racism is that you spent a few months surrounded by Mexican people, you’re probably racist. I’m just surprised he didn’t mention the existence of a black friend.

Even taking him at his word, if he went to Mexico as a missionary, he’s basically saying the people there needed his help because they were sinners in need of a savior. Being a missionary requires you to believe that other people are doomed without your faith-based wisdom.

Also, it doesn’t help to promote the candidate who flirts with white supremacists, was first mentioned in the New York Times for discriminating against black people, promises to ban Muslims from the country, tells everyone about the wall he’s going to build to protect them from Mexicans, and who appears to have energized Latino voters against him.

Feuerstein then offered a message to Christians who plan to vote for Clinton:

… You’re voting based on your ethnicity and your culture, and not your biblical values. When you become a Christian, it is now your responsibility to vote your Christian culture over your ethnic culture, because now, you are no longer of this world — now you are no longer Jew or Greek or gentile or male or female — but now you belong to Jesus…

This is ridiculousness, ladies and gentlemen, the fact that you would vote for Hillary Clinton when she supports abortion, when she supports the innocent being murdered and ripped out of the womb. Would you have voted for Hitler? Because I’m convinced that if it were the popular choice, that’s exactly what you would’ve done as well…

You know why Feuerstein is racist? Because he assumes Clinton supporters are doing it because of the color of their skin and not because they think she’s the better candidate.

As we’ve noted on this site, if you’re against abortion — especially late term ones — then Clinton would do far more than Trump to prevent them. She supports sex education, access to contraception, health care for mothers and their children (without which the women may be more tempted to have an abortion), etc.

Nowhere in his video, of course, does Feuerstein refer to Trump bragging about sexual assault or all the women accusing him of doing just that. He doesn’t bring up all the Trump lies. He doesn’t bring up Trump’s willful ignorance or bullying or shady financial dealings… probably because he’s guilty of all of them.

He also criticized all pastors who go out of their way to preach solidarity with Muslims.

… I’m watching so many of these other idiotic churches that have pastors that preach “Chrislam.” That literally preach that there is a Christianity in Islam — that we have things in common! We don’t have things in common, ladies and gentlemen! And I’m sick and tired of these no good, skinny jean-wearing, flimsy-flamsy, limp-wristed little sissy preachers that won’t even speak against sin!…

That would be veiled homophobia used to argue against treating people with kindness and decency. Those pastors aren’t saying Islam and Christianity are practically the same; they’re saying oppressed people need their help. Leave it to another Christian to argue against that.

What else would you expect from a loud-mouthed buffoon who brandished a weapon when Starbucks began using a cup he didn’t like?