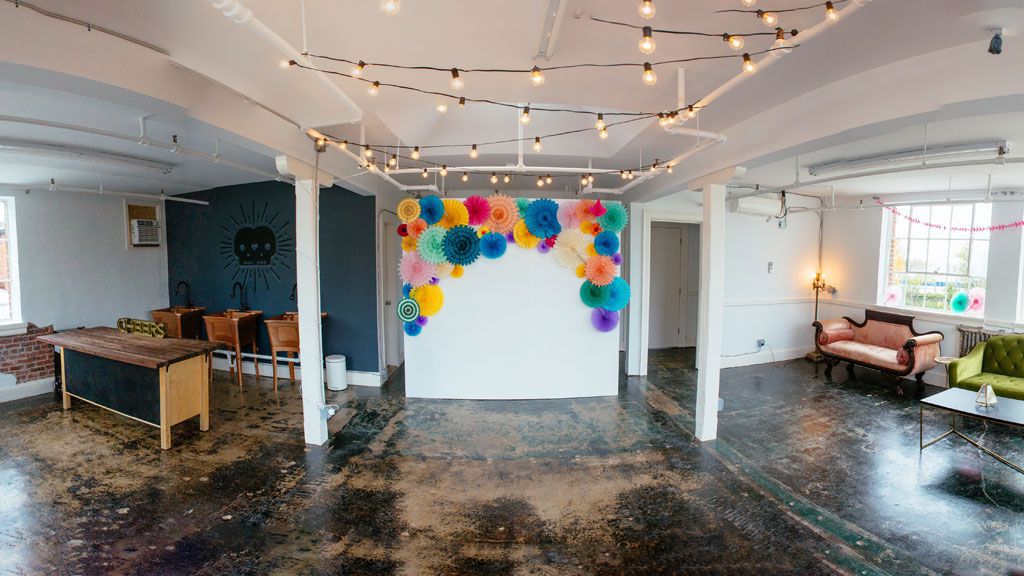 There’s nothing atheistic about it; rather, it’s a neat non-religious venue for any couple to hold a wedding ceremony:

It’s officially official — after months and months of searching and running into hilarious snags at every turn, we finally have our own space to host the most fun weddings on the planet!

Since we’ve started offering Styled Popups, so many of you have wanted to have slightly larger weddings, indoors, so that no matter what the crazy DC weather of the day is, you’ll be all comfy in a beautifully styled space. Plus, while many of our couples are thrilled to have a guest list of 10 or fewer, many of you also wanted to be able to include more family members! And on all counts, we’re with ya. Our new space will be able to host up to 20 guests in any weather, and we’ll be able to host weddings there anytime. In fact, if you bring your own license on a Friday between 12-5p, Steven can marry you on the spot!

Neat idea and more power to them. Give the rise of non-religious Americans, I wouldn’t be surprised if there was also a corresponding rise of non-religious wedding venues in the coming years. After all, why get married in a church when you don’t believe the myths, where the priest thinks a woman should be subservient to a man, and where gay and lesbian couples may not be allowed to get married at all?

Incidentally, in 2013, Washington, D.C. legislators passed a bill allowing non-religious people to perform marriage ceremonies. That privilege had only been available to religious leaders to that point, but the new act granted temporary “Civil celebrant” status on atheists and others who wanted that ability.

November 5, 2016
I Don't Need Your Thoughts and Prayers Right Now
Next Post