Goodbye and Good Riddance to All Those Chicago Cubs “Curses” November 3, 2016 Hemant Mehta

Goodbye and Good Riddance to All Those Chicago Cubs “Curses”

Last night, after what was arguably the greatest and most stressful baseball game in history, the Chicago Cubs finally won the World Series. I’m thrilled as a life-long fan and as someone who hates the superstition baked into the franchise.

One of the byproducts of this championship is that it shatters every myth about every curse that has ever been attributed to the team. 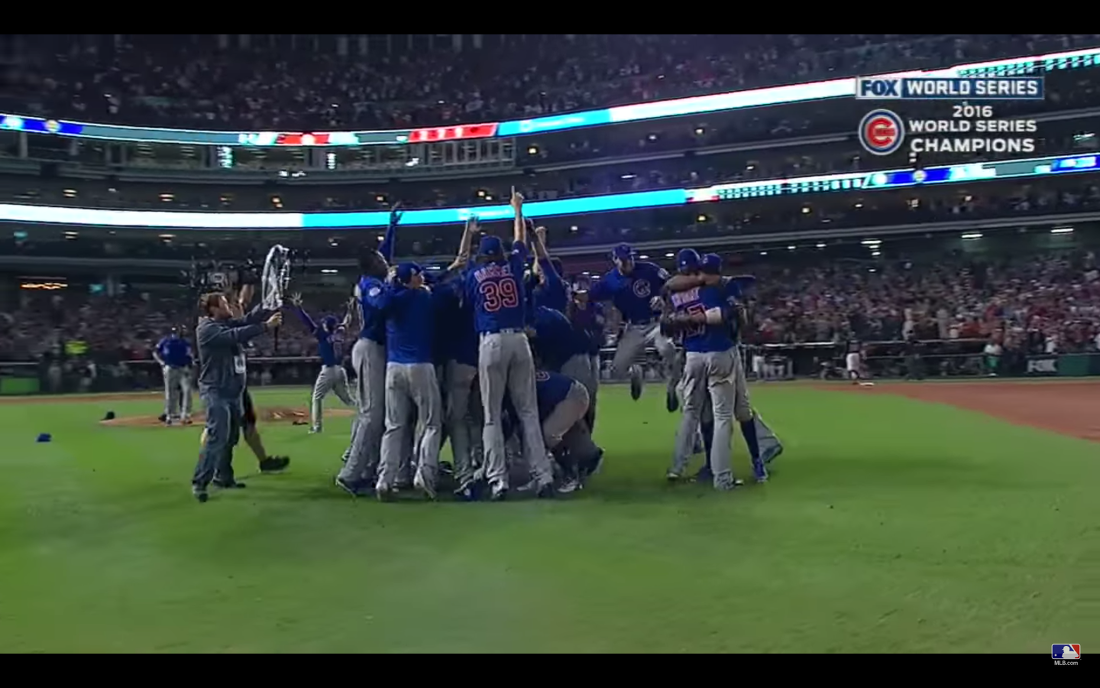 Forget the black cat. Forget Babe Ruth‘s called shot. Forget the damn billy goat. Forget Steve Bartman. Forget the Sports Illustrated cover. From now on, none of these things will ever register as anything more than blips in the Cubs’ long history. (Also, why anyone would think kicking a goat out of Wrigley Field has anything to do with their subsequent futility is lost on me.)

The mythology surrounding the team has always been that we’re affected by these seemingly random events that occurred years or decades ago. As if an unsuccessful season could be blamed on someone or something not on the payroll. Anything to detract from the fact that, for so many years, we had bad managers, bad management, incomplete teams, or just plain bad luck.

What happened last night? We learned that those “curses” were nothing more than figments of our imagination. They always were. And part of the reason this team — this amazing team — won was that they didn’t give a damn about any of it.

Manager Joe Maddon put it well a couple of weeks ago:

“Nobody really cares in [the clubhouse] about a curse or a goat or anything else, you know what I mean?” he said. “It’s almost better to play naïve and just go out and worry about us and not anything else or, like I said, any animals.”

The team reversed the imaginary curses by being smart, bringing in leaders who understand analytics, investing money in the organization, thinking long-term, and drafting or trading for players who were humble and brought positive energy to the clubhouse.

In short, decades of nonsense were overcome by ignoring the noise, thinking critically, and realizing the team’s destiny was entirely in their hands. The same ingredients that often help people overcome religion.

(Plus, who needs God when you have Theo on your side?)

The curses never existed at all.

And maybe, with a Cubs World Series title, people will finally realize that.

November 3, 2016
The Catholic Church's Cruel Response to Assisted Suicide in Canada
Next Post

November 3, 2016 Puerto Rican Gubernatorial Candidate Alexandra Lúgaro Proudly Proclaims Her Atheism in New Video
Browse Our Archives
What Are Your Thoughts?leave a comment