As a brown person, going through security checks at the airport is something of a running joke among friends because it’s not about whether I’ll get searched but how I’ll get searched. Will my luggage have to be specially inspected? Will I get a pat-down? Who knows! [Cue laughter followed by a single tear.]

But that minor annoyance is usually nothing more than that. At worst, if I’m traveling with audio equipment, they’ll inspect it to make sure nothing shady is going on… and then I get the green light to get on with my life. I don’t know if I get inspected any more or less than anyone else, but it’s never been anything to complain about. 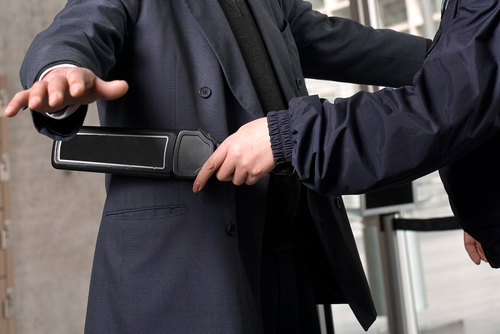 When megachurch pastor Gene Lingerfelt was inspected by TSA, though, it became a big goddamn deal… mostly because hyper-sensitive Christian columnist Todd Starnes, as usual, saw this as persecution.

“This very nice young man [from TSA] starts going through and pulling out my computer, iPad, paperback books and then he came to my Bible,” [Lingerfelt] said.

At that point, the government agent set aside all the tech gadgets and began rifling through the pastor’s Bible.

“I thought it was so strange,” Dr. Lingerfelt told me. “He fanned through the entire Bible and very nicely explained to us that we got stopped because of the Bible.”

Dr. Lingerfelt said he was not sure what the TSA agent was looking for.

“There was nothing in it except book marks and notes,” he said.

I’m sure the Bible was fine. But if you think about it, a physical Bible is a giant book, and a giant book could be used as a vessel to transport some potentially dangerous stuff. 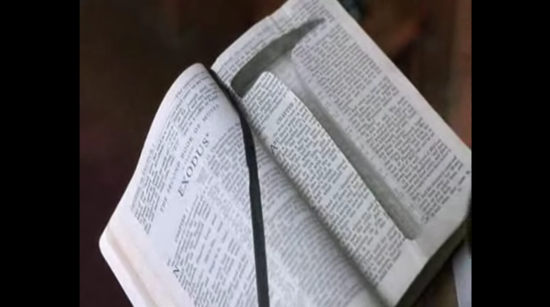 But leave it to Starnes to turn that non-story into some sort of tale of woe for Christians in 2016:

“We’ve never had that kind of experience before,” Mrs. Lingerfelt told me. “I was dumbfounded. I stood there and watched as he rifled through the pages.”

“We always travel with our Bibles to read on trips or vacations,” she said. “This was the first time something like this has ever happened.”

After it had been inspected, the TSA returned the pastor’s Bible and he was allowed to continue his journey. For the TSA’s sake, it’s a good thing they did.

“If they had confiscated my Bible, I’d be in jail,” Dr. Lingerfelt said.

Folks, you don’t tug on Superman’s cape and you never take a preacher’s Bible — especially a preacher from Texas.

They weren’t taking his Bible. That was never going to happen. His religion wasn’t the issue. The issue was someone bringing a large book, with the potential to hide something inside, onboard a plane. Once the Bible was confirmed to be nothing more than a book, there was no issue.

The only thing Starnes’ article was missing was an obligatory “Thanks, Obama.”

Now, does anyone think Starnes would ever jump to the defense of a Muslim couple if the TSA began inspecting their Qur’an for the same reason? Would Starnes be taking a stand for their civil rights?