If you were to walk into Coffee High School in Georgia, you’d come across these banners promoting positive qualities… and including specific Bible verses to back them up. 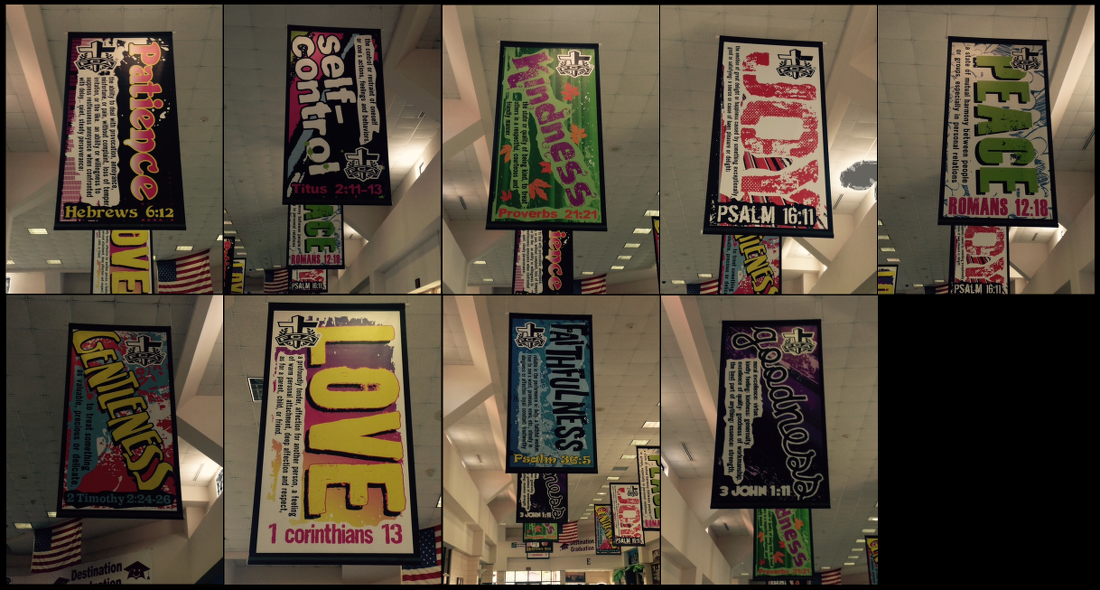 There’s absolutely no reason for the blatant promotion of Christianity right there — as if kindness, love, or peace weren’t possible without God’s input — and American Atheists has now sent multiple letters trying to get to the bottom of these signs.

There’s been no real answer. Just stonewalling. But the administrators did say that the banners were donated by a coach at the school affiliated with the Fellowship of Christian Athletes. (If you look closely, you can see the group’s logo on the banners.)

Assuming that there was an open forum at this school, American Atheists’ legal team offered to pay for another set of banners, this time without the Bible verses.

All of those suggestions were rejected.

I don’t know if there’s a student at this school willing to serve as plaintiff, but this is a legal disaster for the District if it proceeds to court. There are simple options here: Just take down the signs. Or put them back up without the Bible verses. Or accept the atheists’ banners.

They haven’t said yes to any of those options. It’s like they’re begging for a lawsuit, which seems like an irresponsible move by the school’s leaders. They’d rather fight for Bible verses than do what’s best for students.

November 1, 2016 Atheist Comedian Tim Minchin Endorses Hillary Clinton, Says We Must "Crush” Donald Trump
Browse Our Archives
What Are Your Thoughts?leave a comment