Richard Dawkins is Bad for Science, Say Researchers Predisposed to Not Liking Him October 31, 2016 Hemant Mehta

Richard Dawkins is Bad for Science, Say Researchers Predisposed to Not Liking Him

In a bizarre new study published in the journal Public Understandings of Science, researchers at Rice University found that a lot of scientists don’t like Richard Dawkins because, they argue, he misrepresents science to suit his own agenda. Even though that’s not at all what he does. 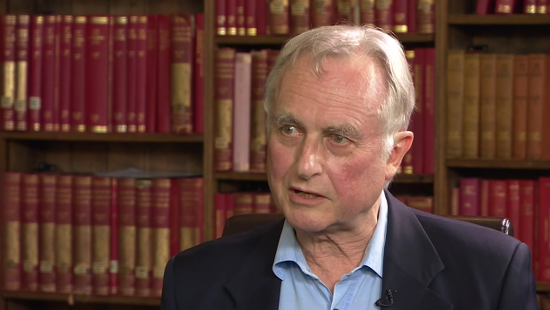 The conclusion becomes even more flimsy when you hear the methodology of the researchers.

The [Religion Among Scientists in International Context] study includes a survey of over 20,000 scientists from eight countries. In the United Kingdom, 1,581 randomly sampled scientists participated in the survey, and 137 of them also participated in in-depth interviews.

Although the researchers did not ask questions about Dawkins, 48 scientists mentioned him during in-depth interviews without prompting, and nearly 80 percent of those scientists believe that he misrepresents science and scientists in his books and public engagements.

So… when you take a large group of people, and whittle them down to less than 1% of the original sample size — specifically picking out those who brought up Dawkins’ name unprompted — it turns out that a lot of them bring him up because they don’t like him!

By that same logic, I could take a small subset of college professors who teach psychology and sociology, figure out who’s willing to talk to me about the role religion plays in their fields, ask some broad questions about the intersection of religion and homosexuality, and then just sit back and wait to see how many of them bring up the names of Jerry Falwell or Mark Regnerus or anyone else from the Religious Right without any prompting on my end… Then, I can go to publishers and say, “It turns out a lot of college professors think Tony Perkins is a despicable person! I didn’t even ask them about it. They just told me! NOW PUBLISH ME!”

Even if you take this paper seriously, what exactly did that tiny sample of scientists say about Dawkins? Why did they dislike him?

Here’s one of them:

Some people like Richard Dawkins… He’s a fundamental atheist. He feels compelled to take the evidence way beyond that which other scientists would regard as possible… I want [students] to develop [science] in their own lives. And I think it’s necessary to understand what science does address directly.

He’s a “fundamental” atheist? What does that even mean? That he kills people who disagree with him? That he tries to take away the civil rights of religious people? That he doesn’t believe in God WAY MORE than you and I don’t believe in God? Of course not. But he’s passionate about getting people to think critically, he understands the harm caused by religion, and he talks at length about why dogmatic thinking is dangerous. A vocal atheist, to many people, is dangerous.

What about that other claim, that Dawkins stretches the evidence far beyond what’s acceptable? We don’t get a direct answer, but the researchers imply that this is a reference to Dawkins’ dismissal of an overlap between science and religion.

Dawkins is right about that, by the way.

Christianity says that God created the world (in six days, too, depending on how literally you take the Bible) and the people in it. The science says otherwise. People who want to merge the two worlds will say something silly like God used the Big Bang to create the universe or God used evolution to create us… as if we need a middleman.

Many Christians also believe that if you pray for someone else — someone who doesn’t even know you’re praying for them — it makes a difference. Every credible study ever done on intercessory prayer says otherwise.

You don’t have to like that answer — and plenty of religious people will refuse to admit it — but it’s accurate. And Dawkins is blunt about it. No wonder he’s unpopular among a certain crowd.

Another subject, a religious physicist, said this in the paper:

You can understand someone like Richard Dawkins being particularly hacked off by it and retaliating, but… people on both sides… [are] overly dogmatic… [and go] beyond perhaps what the state of the agenda is. The agenda of the scientist is to ask how, but it’s not because I want to prove that God doesn’t exist.

Ahh… false equivalency. As if atheists and religious people are dogmatic and wrong in the same way. Bullshit. Just because Fox News Channel is conservative and MSNBC leans liberal doesn’t mean they’re both stretching the truth, just in opposite directions. One side’s anchors rely on facts to form their opinions. The other side’s big names perpetuate conspiracies.

And Dawkins, of course, has never said God doesn’t exist. Even in The God Delusion, he made clear he wasn’t that extreme on the matter, saying instead, “I don’t know for certain but I think God is very improbable, and I live my life on the assumption that he is not there.”

So, once again, we have a mischaracterization of what Dawkins has said.

He’s much too strong about the way he denies religion… As a scientist you’ve got to be very open, and I’m open to people’s belief in religion… I don’t think we’re in a position to deny anything unless it’s something which is within the scope of science to deny… I think as a scientist you should be open to it … It doesn’t end up encroaching for me because I think there’s quite a space between the two.

Again, that makes no sense at all. As the saying goes, you should be open-minded, but not so much that your brain falls out. Is the person who said that “open” to the possibility of unicorns existing? Of Hinduism turning out to have the right theological answers about everything? Of gravity not working? I doubt it. Just because belief in God is popular doesn’t mean there’s any validity to it. Billions of people can indeed be wrong.

You can argue that Dawkins, by being blunt or arrogant or smug, turns off a lot of the people he’s trying to reach, but that’s a critique of his approach, not his arguments.

Taking the paper at face value, I have an alternative theory about why these scientists dislike Dawkins. It’s not because they understand his thinking, read his writings, or follow his public statements. It’s because Dawkins has been on the public stage for decades and, for much of that time, he’s arguably been the most famous atheist in the world. That’s a lot of time to be demonized by anyone and everyone. That’s also a lot of time for Dawkins to make mistakes and say things he probably shouldn’t have said.

He’s like the Hillary Clinton of the science world. If you don’t want to like Dawkins, there’s more than enough material for you to cherry pick from. It’s easy to take a single tweet out of context. It’s easy to claim he sounds cocky. But it’s much harder to say he’s bad for science, bad for atheists, bad for women, or bad for whatever-issue-you-care-about when you look at his entire history. (For the record, we’ve criticized him on this site when we felt it was warranted, but there’s a difference between saying a statement was inarticulate or offensive and saying his heart was in the wrong place.)

I appreciate the statement from the Center for Inquiry in response to this research:

“It was not so long ago that scientists were decrying the science popularization of Carl Sagan, and even today there are some who take issue with Neil deGrasse Tyson, Bill Nye, and others,” said Center for Inquiry spokesperson Paul Fidalgo, whose organisation is in the process of merging with Dawkins’ Foundation for Reason & Science. “So it’s certainly not a breathtaking revelation that fewer than 40 scientists out of 137 — culled from a pool of over 20,000 — might not be fans of Prof. Dawkins’ particular approach to science communication. Comes with the territory.

“What is indisputable is that the work of Richard Dawkins has educated and inspired many millions of people around the world, spanning generations, cultures, languages, and beliefs. His life’s work has been to open our minds to the beauty of science, and to challenge all of us to question even our most closely held beliefs. He has been instrumental in demolishing the taboo around atheism, helping to bring nonbelievers into the mainstream of public discourse.

“It’s fine that some bristle at his style, no one can appeal to everybody, but I can say without reservation that the public appreciation of science, reason, and free inquiry have benefited enormously from the work of Richard Dawkins.”

CFI, as the statement notes, is merging with the Richard Dawkins Foundation for Reason and Science, so maybe you think that’s a biased statement. But as someone who has no skin in that game, I couldn’t agree more.

It’s also worth pointing out that this research was funded by the Templeton World Charity Foundation, an organization that has an explicit agenda of trying to show science and religion are compatible. In fact, Dawkins even said about the organization’s Templeton Prize in The God Delusion that it’s “a very large sum of money given… usually to a scientist who is prepared to say something nice about religion.” He also said, paraphrasing a colleague of his, that “Templeton’s money corrupts science.”

But I’m sure none of that had anything to do with this hit piece of a research paper.

One of the researchers, Elaine Howard Ecklund, also has a long history of using Templeton money to try and show why religion and science are compatible.

Jerry Coyne, who literally wrote the book on why they’re not compatible, has written extensively about the problems with her research. I would urge you to read his posts to get better perspective on this issue.