Evangelicals Still Haven’t Learned Their Lesson from the “Satanic Panic”

With the death of Jack Chick, who believed Dungeons and Dragons was a gateway to Hell, and it being Halloween and all, Vox’s Aja Romano wrote up an excellent history of the Satanic Panic.

If you’re not familiar with the phenomenon, that was the very real — and completely irrational — fear that evangelical Christians perpetuated in the 1970s over supposed Satanic ritualistic abuse. It hit a fever pitch in the 1980s. 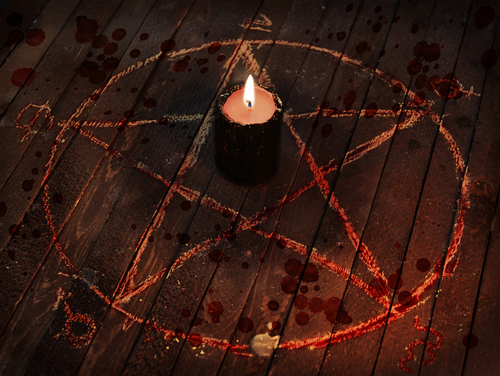 At its core, satanic ritual abuse claims relied on overzealous law enforcement, unsubstantiated statements from children, and above all, coercive and suggestive interrogation by therapists and prosecutors. Some of the defendants are still serving life sentences for crimes they probably didn’t commit—and most likely didn’t even happen in the first place.

One of the morals of this sordid story is that gullible people, stoked by faith-based fears, were willing to screw over a lot of people in an effort to cleanse society. Ultimately, their fears turned out to be unfounded.

We’ve seen evangelicals use the exact same playbook over marriage equality, using discredited research to suggest that children of gay or lesbian couples are worse off in the long run than children of straight couples. How many LGBT people have killed themselves because of what Christians say about them? How many gay people were unable to visit their loved ones in a hospital because laws passed by Christians prevented them from having that ability? How many transgender kids continue to feel isolated and ashamed because evangelicals spread lies about them and pass laws preventing them from using the right bathrooms?

They still haven’t learned their lesson.

(Image via Shutterstock. Thanks to Greg for the link)

October 31, 2016
Louisiana Supreme Court: If Kids Reveal Abuse During Confession, Priests Don't Have to Report It
Next Post