The Boston Archdiocese is making a major investment to fight marijuana legalization in Massachusetts. Because there are apparently no other problems in the world. 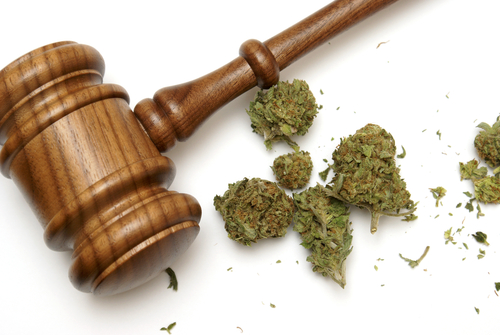 Archdiocese spokesman Terrence Donilon said that decriminalizing pot would somehow be a “threat” to their other services helping the homeless and hungry.

“We provide extensive programs, and the church has historically spoken out on issues that are both a public policy matter and also impact the wider society in terms of serving those who are truly in need,” Donilon said. “We’re convinced now more than ever that these programs will take a negative impact. It’s going to have a huge societal impact.”

Not everyone agrees with that assessment, pointing out that pot is not a gateway drug and regulating it may actually alleviate more problems than it’ll ever cause.

“The archdiocese has come up with a position that, frankly, we think is based on unfounded assumptions and junk science,” said Jim Borghesani, a spokesman for the promarijuana group YES on 4. “But they can spend their money any way they wish.”

Borghesani added, “What I think the archdiocese is missing is the terrible harm that (marijuana) prohibition has done to people of color, to people who have chosen a substance that is less dangerous than alcohol and have had their lives ruined because they’ve been arrested.”

Will the money matter? Hopefully not. As it stands, the pro-legalization side is leading in the polls 49%-42%.

If anything, this move could backfire. The Church has been on the wrong side of marriage equality, death with dignity, women’s rights, and now this. And we haven’t even mentioned the child sexual abuse. Their inability to have compassion and common sense on some of the simplest moral issues of our time will hopefully cause even more people to walk out of the Church for good.

Remember: this is an institution that believes in transubstantiation, that a consecrated communion wafer literally turns into the body of Christ. To quote one Redditor, “Cannabis trumps cannibalism any day.”

October 30, 2016
For Some Atheists, Remaining in Church Is Easier Than Walking Away Without a Safety Net
Next Post